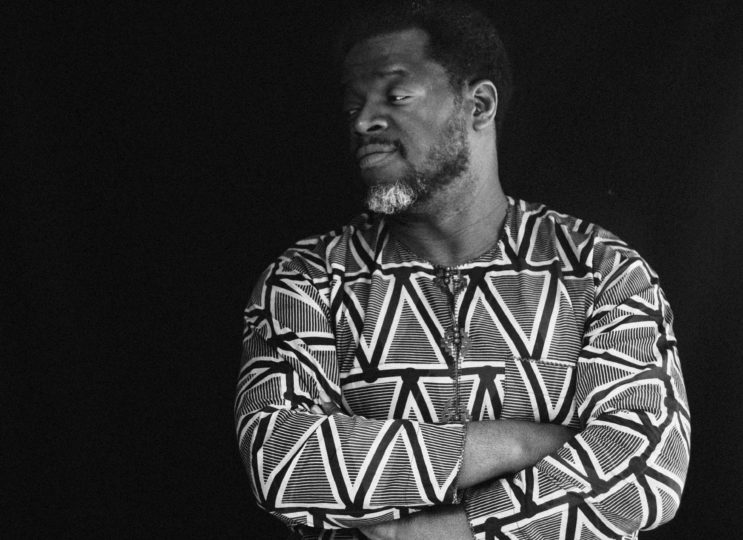 Ouroboros w/
Dele Sosimi Afrobeat Orchestra
Friday 8th June, 7.30pm
Tickets are £12 in advance (more on the door) and available from the venue in person, from our friends at Earworm Records or online via See Tickets.

Absolutely delighted to be joined by a special show from the UK Ambassador of Afrobeat: Dele Sosimi Afrobeat Orchestra. Dele was the musical director for the original innovators of Afrobeat, Fela and Femi Kuti, and recent releases and remixes have been a mainstay in record bags. This promises to be an electric live show!!!

Support comes from our friends at Tropica, who will also be having their monthly party in the front bar!

Dele Sosimi stands out as one of the most active musicians currently on the Afrobeat scene worldwide.

Dele’s career began when he joined Fela’s Anikulapo-Kuti’s Egypt 80, where he played keyboards for 7 years (1979-1986). Fela Anikulapo-Kuti was the founder of the style of music known as Afrobeat. The music is a blend of complex but highly danceable funk grooves, Nigerian traditional music (including hi-life), African percussion, underpinning the jazz horns and solos from other instruments, as well as rhythmical singing. Dele was the rhythm keyboard player for Fela Anikulapo Kuti’s Egypt 80 and worked and toured extensively with Fela around the world…

During Fela’s incarceration in 1984, Femi Anikulapo-Kuti – Fela’s son and Dele’s childhood/school friend, took over the reins temporarily and led the band Egypt 80. During this period, Dele developed his arranging skills as the musical director of the band. He re-orchestrated and re-arranged for the Egypt 80 and also handled the recruiting and training of new musicians in Egypt 80. Dele played keyboards on the following Fela/Egypt 80 hits, among others Parambulator, Power Show, Original Sufferhead, Customs Check Point, MOP 1 (Movement of the People), Give Me Shit I Give You Shit, Authority Stealing, Army Arrangeement, Government Chicken Boy, ITT (International Thief Thief), and Teacher Don’t Teach Me Nonsense.

In 1986 Dele and Femi left Egypt 80 to form their own band called Femi Anikulapo-Kuti and the Positive Force of which Dele was the musical director and bandleader, he was again responsible for recruiting and training the new band members. He was also the rhythm keyboard player and keyboard soloist. They toured the world extensively and played in several of the major jazz festivals, from Montreux to the North Sea Jazz Festival to the Montreal Jazz festival. They band produced the followin albums – No Cause for Alarm (POLYGRAM, NIGERIA,1989), Mind Your Own Business (MELODIE, FRANCE 1991) and Wonder Wonder (TABU/MOTOWN USA, 1995). The Positive Force was also invited to perform at the Jazz Club of Nigeria Festival alongside other renowned musicians like Dizzy Gillespie, Randy Weston, Toshiko Akiosu and Didier Lockwood.

Dele at this time also developed his other musical influences and interests by working and playing with an Afro Jazz Quartet/Quintet and by working in collaboration with a French Bassoon Player called Alex Ouzounoff, to produce a CD titled Made In Nigeria (European music productions 1993) courtesy of the French Cultural Centre, Lagos, Nigeria.

Following his move to London, Dele set about forming a new group, and the resulting projects reflect London’s multicultural environment, with a strong influence of jazz and shades of deep funk and latin music, but all underpinned by the heavy grooves of Afrobeat’s Yoruba rhythm with Dele’s vocals very strongly in the Afrobeat tradition.

His most recent releases and accompanying remixes (Too Much Information, E Go Betta, You no fit Touch I am) have opened him up to a whole new audience, performing at festivals all over the world and in London with frequent sellout marathon Afrobeat sets.

Currently based in London, Dele is an educator and instructor in Afrobeat (via his Dele Sosimi Afrobeat Foundation, and as a Visiting Lecturer in Music and Media, London Metropolitan University). Sosimi is abetted by a group of musicians; most of who have either played with him on previous records or have gigged with him on the live circuit. They all have chops to spare and the communication between them is near telepathic.

Ouroboros w/
Dele Sosimi Afrobeat Orchestra
Friday 8th June, 7.30pm
Tickets are £12 in advance (more on the door) and available from the venue in person, from our friends at Earworm Records or online via See Tickets.