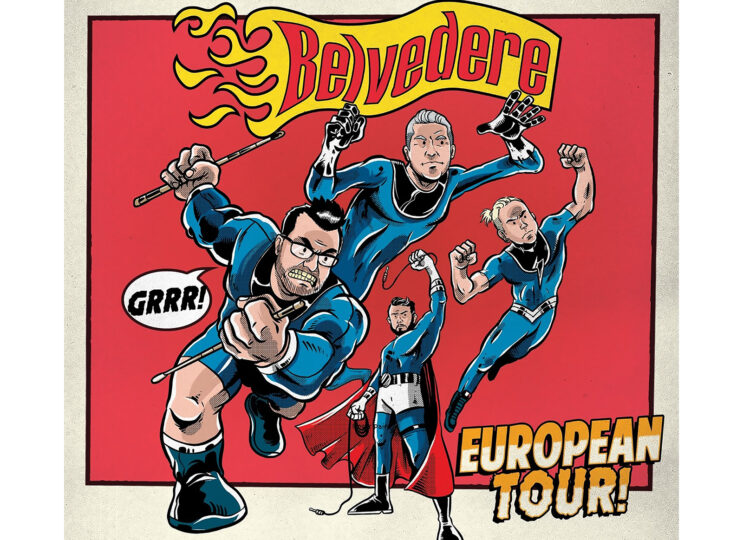 2020 marked the 25th year of the band’s history, but since all of their tours were moved to 2021; the band felt the need to write and record their 6th full-length instalment, Hindsight Is The Sixth Sense. The album features a furious mix of old and new. The new direction in song writing is attributed to new members Dan Wollach on guitar and Ryan Mumby on bass. The all-familiar speed, the riffs, the insightful lyrics and singalong harmonies are all still there thanks to drummer, Casey Lewis and lead singer & founder, Steve Rawles.

Formed in 1995 and originally never even meant to play a live show, the trailblazing band from Calgary, Alberta quickly grew a reputation on the underground punk scene for their blazing fast speed and melodic vocals.

Taking their name from the ‘80s sitcom and influenced by the likes of Bad Religion and NOFX, they released their debut album Because No One Stopped Us in 1998, following up with three more full length records over the course of their career and leading to tours with Bad Religion, Strung Out, Pulley, Mad Caddies, Death by Stereo, Bigwig and several appearances at Warped Tour and Groezrock Festival. The band broke up in late 2005 however, after seven years apart, Belvedere finally came back together for a reunion tour in 2012.

“Hindsight Is The Sixth Sense” comprises of 13 new tracks and will be released on the 14th May with Thousand Islands Records in North America and Lockjaw Records in Europe and the UK. Keep an eye out for rescheduled tour dates in 2022!

Wolfrik is a 5 piece Hard Rock/Heavy Metal band formed in Edmonton, Alberta. With a solidified local presence and reputation, the bands focus shifted towards touring following the release of their 2017 EP, Skeleton City (Lockjaw Records UK, Thousand Island Records CAN). With the help of Steve Rawles, (Belvedere/MBBM) Wolfrik had a break out year in 2019, touring Europe for three weeks, playing festivals such as Manchester Punk Fest and SBAM in Austria, as well as supporting a cross country Canadian tour with No Fun At All. Wolfrik is preparing to release their first full length LP ‘Clones’ February 25th 2022.

The world’s most super, supergroup. Hardcore noise from members of The Bastard Sons, Beyond All Reason, Glamour of the Kill, Axewound, Feed Them To The Forest and RSJ. For fans of: ETID, The Chariot, Gallows, Refused.