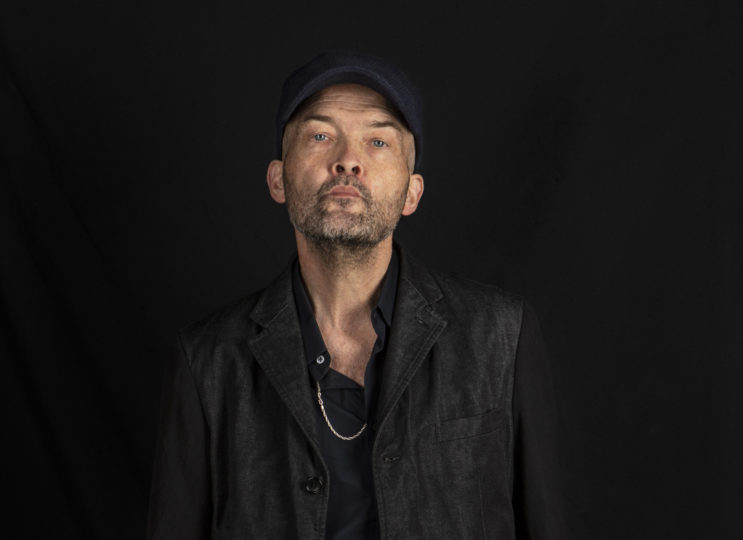 **Ben & Keeley have unfortunately had to cancel their planned tour, we apologise for any inconvenience.
Ticket refunds are available from your point of purchase.**

In 1983 he put solo plans on hold to perform and write full-time with Tracey Thorn in their recently-formed duo Everything But The Girl. The band stayed active until 2000, delivering twelve UK Top 40 singles, two platinum and seven gold UK Top 20 albums and one gold US album. 1995’s global hit Missing reached No. 2 on the US Billboard Top 100. The 1994 album Amplified Heart and the 1996 album Walking Wounded – for which Watt was nominated as Best Producer at the Q Awards – each sold over a million copies.

The duo’s career was dramatically interrupted for a year in 1992 by Watt’s drawnout hospitalisation and near-death experience with a rare auto-immune disease Churg-Strauss Syndrome (aka EGPA) with which he now still lives – a period documented in his acclaimed 1996 memoir, Patient (New York Times Notable Book of the Year; shortlisted for the Esquire Non-Fiction Award; Sunday Times Book of the Year).

Everything But The Girl quit on a high in 2000. Watt moved out of the mainstream into record production (Beth Orton), remixing (inc Sade, Maxwell, Meshell Ndegeocello), DJing and clubland. He co-launched the influential London day-night Sunday party and compilation series Lazy Dog (1998-2003) and was creative director, resident DJ and part-owner at west London night clubs Cherry Jam and Neighbourhood (2001-2003) before starting his own award-winning electronic record label and club night Buzzin’ Fly in 2003.

He was nominated for Outstanding Contribution to Dance Music at the DJ Magazine Best of British Awards 2009, and as Best Deep House DJ four years running (2008-2011) at the global DJ Awards. He was a resident DJ on BBC 6Music’s flagship electronic music show 6Mix from 2011-2014.

In 2013 he put Buzzin’ Fly and his DJ career on hold and returned to his earliest roots in singer-songwriting to record 2014’s award-winning solo album, Hendra – his first for thirty-one years – released on his new imprint Unmade Road, through Caroline International. The same year Bloomsbury published his second memoir, Romany and Tom – a searing but tender portrait of his parents’ marriage – nominated for the UK’s highly prestigious Samuel Johnson Non-Fiction Prize 2014 (now the Baillie Gifford Prize).

His third solo album Fever Dream followed in 2016. Uncut posted a lengthy 9/10 review. The Guardian commented: ‘In his early fifties, he is making some of the best music of his career.’

2019 saw the recording of a new solo album, Storm Damage, for release on Unmade Road through Caroline International in January 2020.

He lives in North London with wife, Tracey Thorn. They married in 2008 and have three children – twin girls, Jean and Alfie born 1998; and a son Blake born 2001.

In support we’re very pleased to welcome Keeley Forsyth, a composer, singer and actor from Oldham who released her debut album Debris on the fantastic Leaf Label.

The songs comprising Keeley Forsyth’s debut are, she states simply, “like blocks of metal that drop from the sky.”

With its minimal arrangements placing her recollections and dissections of sometimes harrowing experiences front and centre, Debris showcases her elemental voice and an outpouring of candid, haunting lyrics detailing the seismic ruptures which take place behind closed doors. “There was a lot going on in my life that was heavy and hard,” she adds. “Songs were made under that moment.”

Born and raised in Oldham, Forsyth first made her name as an actor, but while the creation of music has been a constant feature in her life, she’s taken the long road to its release. A deeply intuitive and singular musician, she began writing several years ago, accompanying herself on harmonium and accordion.

“I came up with lots of songs in a very short space of time,” Forsyth recalls. “Most songs were written in the time it took to sing them. But I held them close, and often thought I needed to do something with them. It never felt right to go out and look for it. I felt like I needed to wait and move when I felt inspired.”

That inspiration struck one evening while listening to the radio, where she first encountered pianist and composer Matthew Bourne’s work. “I heard his music and suddenly I could hear them both together,” she says of her songs and his compositions. “I felt compelled to write to him. He got straight back and said he loved what I was doing.” What followed were quick and instinctive collaborations with Bourne and producer and musician Sam Hobbs, with the initial burst of momentum Forsyth felt when writing carried through into the studio, preserving the intricacies and accidents that make an album human.

Ben Watt
Keeley Forsyth
Tuesday 4th May, 7.30pm
Tickets are £15 in advance (more on the door) and are available online via See Tickets.