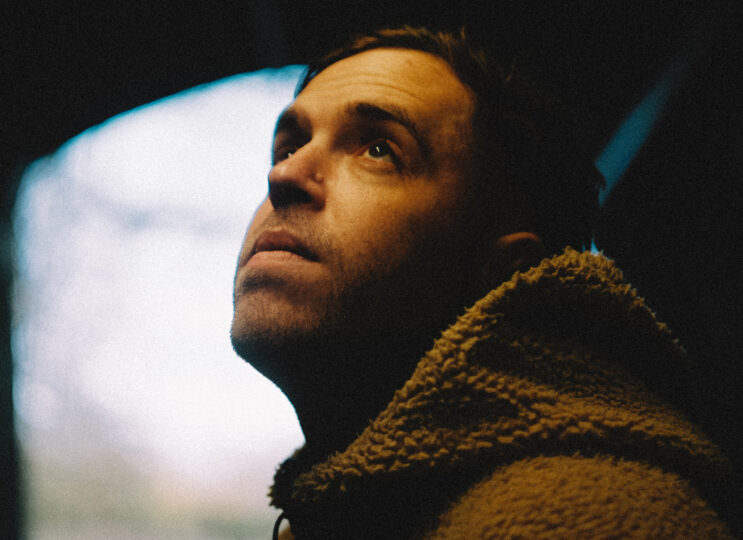 World reknownd singer-songwriter and hometown hero and Benjamin Francis Leftwich is back in York in February!
And boy does he like a good church! Benjamin follows his memorable sold out show at The Minster with a first time visit to The Citadel on Gillygate, the former HQ for the Salvation Army in York.

Forthcoming album ‘To Carry A Whale’ was recorded across a four month period last year in Benjamin Francis Leftwich’s Tottenham home, in Urchin Studios in Hackney, in a hotel room in Niagara, and in a Southend studio owned by Sam Duckworth (Get Cape. Wear Cape. Fly) – who produced much of the record, sharing production duties with Eg White (Adele, Florence & The Machine, Sam Smith).

The album is the first by Leftwich written and recorded entirely sober, a state he has maintained since spending 28 days in rehab in January 2018. This helps give context to the album’s title – ‘To Carry A Whale’:

“It’s an observation on what it’s like to be a sober alcoholic addict a couple of years in,” says Leftwich. “A whale is heavy to carry. It’s gonna hurt you to carry it. But it’s also beautiful, and it’s a miracle to be able to carry all that at all.”

Benjamin Francis Leftwich was the first artist signed to Dirty Hit Records, whereupon he released his acclaimed debut album ‘Last Smoke Before the Snowstorm’ in 2011. The album hit the top 40 in the UK and included the hit single ‘Shine’ which was remixed by tropical house king Kygo and named by Spotify their “most addictive song of 2014”; the song that was repeat-played most often that year.

He followed his debut album with 2016’s ‘After The Rain’, after a 5 year break, in part due to the death of his father. The record was met with critical acclaim, with The Guardian dubbing it “fragile, precious, oddly comforting” in their 4-star review of the album. He followed that with third album ‘Gratitude’ in 2019, which was deemed “graceful and honest” by DIY in their 4-star review.

Benjamin Francis Leftwich has sold over 180,000 albums worldwide, with over 500 million streams to date. His new album ‘To Carry A Whale’ will be released on June 18th via Dirty Hit.

Influenced by the storytelling of Leonard Cohen, Joni Mitchell, Phoebe Bridgers and Sharon van Etten and with an English-ness offset by an American heritage, Elanor was discovered on the open mic circuit in York whilst an undergraduate in English Literature.

Recently signed to Blue Raincoat Artists (Phoebe Bridgers, Cigarettes After Sex), Citrus will be released in early 2022. Whilst working on her debut EP, she collaborated with Benjamin Francis Leftwich (Dirty Hit) on his 2019 single ‘Elephant’ and is set to join him as support for his 2022 UK Tour.

Somewhere between the noir of Leonard Cohen, dusky vibrance of Wong Kar-wai, and wry wit of Phoebe Bridgers you’ll find Josh Finn of Wounded Bear, bringing his own pop edge to folk inflected songwriting. Pinpointing the bittersweet moments that make us human, he sets them to a soundtrack of intricate finger-style guitar, with relationships and memory often the central focus.

Josh is currently adding the finishing touches to his sophomore EP, with Sam Duckworth (Get Cape. Wear Cape. Fly.) in the production seat. This, as well as preparing for a UK tour in support of Benjamin Francis Leftwich, means Wounded Bear has a very busy year ahead.