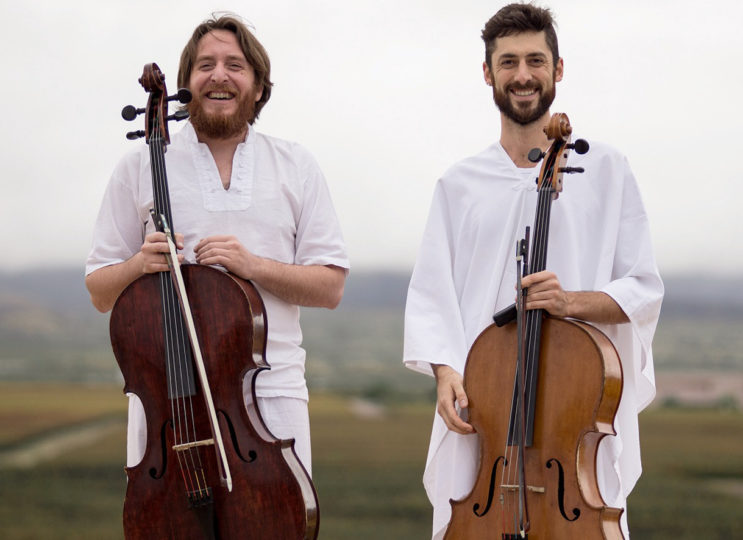 CheChelos
Sunday 23rd June, 7.30pm
Tickets are £8 in advance (more on the door) and are available from the venue in person, our friends at Earworm Records or online via SeeTickets.

CheChelos lands for the first time in York with their show Instinto on June 23rd at 8pm at The Crescent Community venue.
An intimate concert where the duo interprets argentinian folklore through cellos and voice.

The duo, integrated by Ramiro Zárate Gigli and Mauro Sarachian, delivers an innovative approach to Argentinian Folklore with two cellos performing their own songs & lyrics as well as Folklore’s classics with personal arrangements.

Instinto breaks the barrier between performers and their crowd, bonding through humour and thought. Encouraged by an ancestral knowledge that urges them to bring popular culture to the world and share it.

CheChelos was born in 2015 during a tour of the Philharmonic Orchestra of Río Negro where both musicians played. One cold night, after a concert in a small town in Patagonia, the duo crossed the street to a local Pulpería where a Folclore jam with cellos instead of guitars spontaneously happened. It was love at first note. This night was the beginning of a liberation journey. A transition from classical cello players to popular music performers and composers.

In 2016 they officially launched their duo with a tour around Cordoba, motherland of Argentinian Folklore and home to the legitimate Cosquin Festival, where they were awarded only a year later, with the Revelation award. Encouraged by this unique recognition, the duo recorded their first album, a beautiful combination of complex arrangements with the smell of freshly watered Argentinean land.

Chechelos is Argentina’s latest popular music revelation. The cello duo that nationalized the instrument and built a bridge between traditional Peñas and theatre.

CheChelos
Sunday 23rd June, 7.30pm
Tickets are £8 in advance (more on the door) and are available from the venue in person, our friends at Earworm Records or online via SeeTickets.