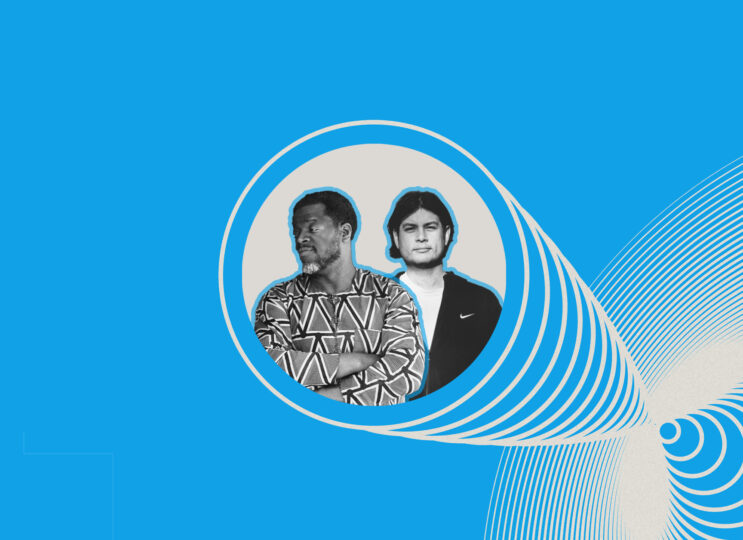 Ouroboros & Chameleon present
Dele Sosimi x Medlar
Friday 4th March, 7.30pm
Tickets are £12.50 (+ b/f) in advance (more on the door) and available from See Tickets.- – -The Afrobeat Ambassador himself, longtime collaborator of Fela Kuti, Dele Sosimi returns for another electric live show! This time a special duo performance with house and disco producer Medlar on MPC and guitar, who remixed many of his recent smashers. Expect Dele’s usual energy undercut with some heavy beats. We’re collaborating with Chameleon to put on an afterparty in the front bar till 3am too!

Dele Sosimi x Medlar is the coming together of two very different but talented musicians. Their diverse backgrounds are brilliantly broad and authentic. Dele is a global Afrobeat ambassador and Medlar is an established electronic artist who makes everything from deep house to disco. In both the studio and the live arena they are now working together, drawing on their own respective worlds and serving up a fresh new sound that is more than the sum of its parts.

This unlikely union has its roots in a Medlar remix of Dele’s ‘You No Fit Touch Am’ track in 2015. Since that moment of mutual appreciation, the pair has continually exchanged ideas, explored the similarities and differences between them and worked up a thrilling live show. Each jam is different because they are crafted from improvised and on-the-fly melodies and basslines, with elements of Afro, jazz, funk, house and soul. Master Nigerian-British musical director, bandleader, singer and keyboardist Dele brings the shows alive with his analog synth magic and characterful vocal sounds, then underground mainstay Medlar loops and dubs smart effects and samples through an MPC as drum machines pile up ever-evolving rhythms.
There have been standout shows at places such as London’s iconic Jazz Cafe, underground club Oval Space and plenty of European festivals including Gilles Peterson’s We Out Here. Peterson was also quick to support the pair’s first collaborative music – the Full Moon EP on Wah Wah 45s. Its two original tunes fused lounge chords with cosmic ambiance, whimsical melody with bossa nova rhythms and some of Dele’s trademark playful vocals. There is plenty more to come now the pair have fully found their groove.

Dele has been a leading light in the Afrobeat scene since the 80s. He started out touring with the legendary Fela Kuti’s Egypt 80 band as a child prodigy and has gone on to headline the likes of Montreux Jazz Festival, consult for the National Theatre’s production of Fela! and lecture music at London Metropolitan University amongst other places. Medlar, meanwhile, has been entrenched in the electronic underground for more than a decade. As well as DJing around the world and producing for labels like Wolf Music, he has worked behind the counter at Rye Wax Records and as a cutting and mastering engineer at the cult Peckham Cuts Dubplate Shop. Dele Sosimi and Medlar have accomplished plenty on their own, but together they are taking us into a new world of unknown musical pleasures.