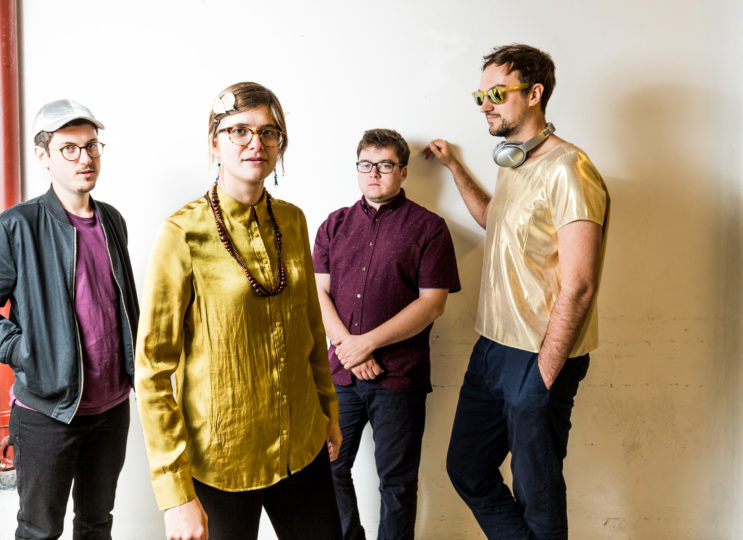 2018 sees Mercury-nominated Dinosaur back in action with some immensely colourful, new music – full of imagination and surprise. Led by BBC New Generation Artist 2015-17, trumpeter Laura Jurd, their highly anticipated second album ‘Wonder Trail’ (to be released May 2018) sees the band further their exploration into the world of ‘synth-pop meets jazz band’ as they present a journey of mesmerising new compositions. Expect folk-infused grooves and glistening melodies – all tied together by a love for extemporisation and improvisation.

Receiving a rare 5-star review in the Guardian for their 2016 debut album, ‘Together, As One’, the band have toured extensively in Europe and beyond at some of the world’s most prestigious festivals including North Sea Jazz, Montreal Jazz Festival and Molde International Jazz Festival. In addition they have collaborated with some of the UK’s most celebrated ensembles including the BBC Concert Orchestra, Northern Sinfonia and the Ligeti Quartet.

OUR.JAZZ is a collaborative project between Ouroboros, Jazz in York and The Basement Jazz Club, with support from Help Musicians UK. OUR.JAZZ will focus on improving gender and racial diversity in Jazz, with a series of gigs, workshops and talks around York over the next year. Stay tuned for more!