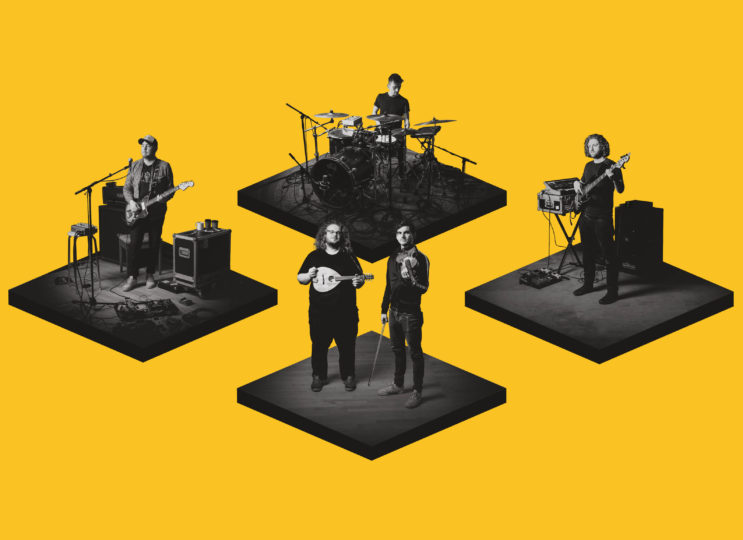 Elephant Sessions
The Crescent, York
Saturday 4th December, 7.30pm
Tickets are £14 in advance (more on the door) and are available online via See Tickets.

**PLEASE NOTE THIS IS A STANDING SHOW**

‘The versatility of Elephant Sessions is its strength. Passionate about their culture and their origins, these Scots are using their instruments like weapons to destroy clichés…We love them’
Rolling Stone Magazine

Hailing from the Highlands of Scotland, Elephant Sessions released their new album “ What Makes You” on May the 10th of this year. With over 1.5 million spotify streams and charting across Europe, Elephant Sessions return from a tour of Australia to perform a few UK shows in the Spring of 2020.

May 2019 saw the release of third album ‘What Makes You’, once again to great acclaim. A UK tour was followed by a summer of festivals across Europe, including Glastonbury, Boomtown Fair, Tonder Festival, Wickham Festival, Belladrum, Towersey, Skye Live and the opening ceremony of the Solheim Cup. Closing the year with sold out shows in both their home towns of Glasgow and Inverness, the band have notched up over 1.5 million spotify streams and charted in digital charts across Europe and Australia. The band spend Hogmanay/ New Year’s Eve by magically managing a simultaneous appearance in both Scotland and Australia! An appearance on BBC Scotland’s Hogmanay show will keep fans at home happy, whilst a live concert at The Woodford Festival in Australia will officially open year- long activities for the Year of Scotland in Australia.

Returning from a tour of Australia in January and a quick appearance at Folk Alliance international in New Orleans, the band will once again head out on the road to perform a few dates across the UK.

Exploding onto the indie folk scene to unparalleled effect with their last album “All We Have Is Now”, the band have since appeared at some of the world’s most notable venues and festivals with audiences crowd surfing their way through the summer and marquee floors breaking under the weight of bouncing fans.

Charting in the French, download charts and selling bucket loads across Europe, ‘All We Have Is Now’ firmly established this band as completely unique.

2018 saw awards in abundance. Opening the year as winners of Album of the Year at the BBC Scotland Trad Awards, they went on to be finalists as Best Group at the BBC Radio 2 awards. In May, Belhaven Brewery got together with the band to award the first ever Belhaven Bursary for innovation in music. The bursary amount matches the Mercury Music prize and was awarded in recognition of their unique and outstanding sound. It was accompanied by the bands own beer ‘Elephant Sessions Ale’, which was launched in May 2018.They closed the year by picking up the coveted BBC Scots Trad Award as Live Band of the Year.

Closing 2018 by picking up the coveted Live Band of the Year award (BBC Scots Trad Awards) the band, who met on the Newcastle University Folk Degree, have transformed traditional music. and opened 2019 with performances across Europe. The year saw several great highlights including a second performance at the 30th anniversary celebrations of the legendary Blues Fest in Australia, their first performance at Merlefest in the US. Performing at Glastonbury, Boomtown Fair, Belladrum, Wickham and Tonder Festivals plus sell out concerts in both their home towns of Glasgow and Inverness, meant 2019 was one of their most successful years yet. 2020 promises to be just as great! Opening with their first Australian tour the band return in April for a second tour. Several major festivals are also confirmed and they will make their first journey to China for a short tour.

Watch out for this band – they have transformed traditional music!

Elephant Sessions
The Crescent, York
Saturday 4th December, 7.30pm
Tickets are £14 in advance (more on the door) and are available online via See Tickets.