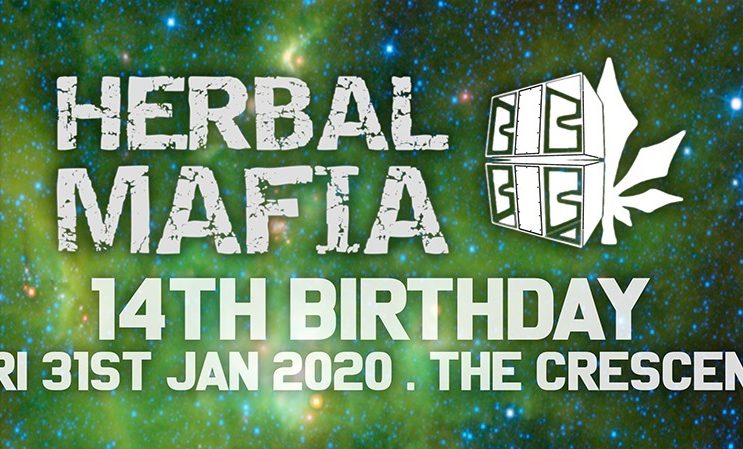 We’re celebrating 14 years of bringing the bass to York. In the last year alone we have had the likes of Roni Size, Calibre and Loefah absolutely shelling it, on top of the scores of talent that have represented over the years.

We have big plans for 2020 starting with the godfathers of grime/uk bass and drum&bass/jungle. Two legends that have been in the game since they were youths, and have helped push and progress these underground dance music scenes to global recognition and mainstream appeal.

Slimzee – co-founder of seminal radio station Rinse FM and owner of imprint Slimzoz Recordings. If it wasn’t for him, grime and UK bass music wouldn’t be what it is now. From its raw roots in pirate radio at the turn of the millennium to its current chart success, he’s been there every bit of the way. Working with all the top boys – Wiley, Dizzee, Geeneus, Plastician, helping them and many others to make the scene what it is today. It is an honour to have him make his York debut with us.

Nicky Blackmarket – co-founder of the iconic Black Market Records in Soho, a legendary and innovative hub for artists and DJs, and the first shop to properly stock drum&bass in the world. Pioneer, veteran and all round junglist hero. He has pushing the sound to the masses since it’s birth over 30 years ago and still performs at pretty much every major d&b event in the world. Despite his years, he always plays the freshest sets encompassing all styles of drum&bass. There will be a few classics thrown in there too, although not as you’ve heard them before!

Expect the latest and most exclusive dubplates as these guys get sent tunes from all the biggest producers in the world; plus some that many will have never of heard of. It goes without saying that their selection and taste is impeccable and their mixing skills are masterful!

In support we have our trusty residents:

Leeds based Vital Techniques have had another incredible year as owners of Second To None Music – Record Label with a hectic touring schedule to match. Also releasing on Mungo’s HIfi’s Scrub A Dub label amongst others with a hug recent release with General Levy on Four40 Records. Rinsing stages from Outlook to Boomtown as well as holding down residencies such as Jungle Jam. These boys are dancefloor killers with an eclectic selection of garage, grime, UK bass, dubstep and more. If it’s got a dirty bass line, it’s legit!

York’s own grimey, dirty, bass-addicted producer / label owners will also be battling it out for supremacy – Bedlam Music head main man: BRENZ will be going back to back with GASTAH, one half of ATYK who are currently releasing some HEAVY tunes on various labels including Chase & Status’ MTA Records. Expect lots of exclusives and unheard fire.

The Yorkshire Tea Party will be nicing it up in the dance with dubwise and jungle, also residents of Irie Vibes Sound System. These boys will be smashing out more unreleased bangers and remixes in what is looking to be a dubplate fest all night!

On hosting and hype duties we have the incredibly tall and incredibly stylish combo of Spee Six Nine and MC PEAN. Brothers from another mothers with bantz and bars for days, these guys are both hugely talented, experienced and never fail to raise a laugh either, a proper party duo!