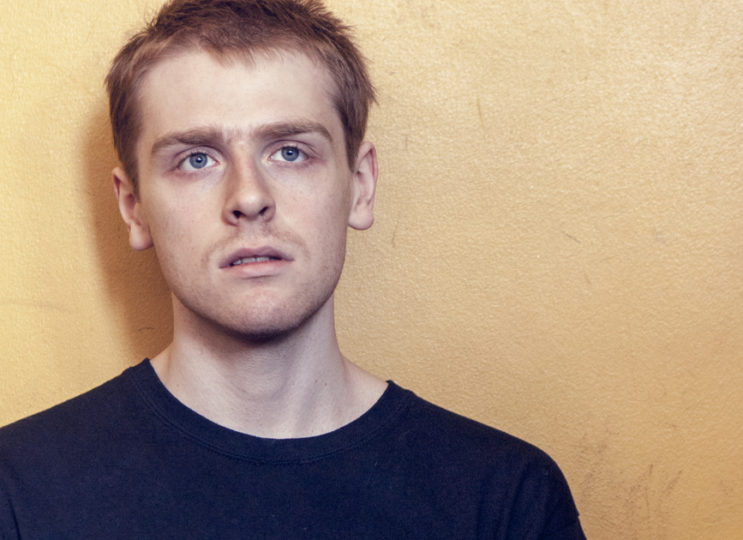 Kiran Leonard
Thursday 25th October, 7.30pm
Tickets are £9 in advance (more on the door) and are available from Earworm Records, the venue in person or online via See Tickets.

We’re delighted to be bringing Kiran along with his full band back to York. He has announced a brand new album to be released in October and its lead single “Paralysed Force” is up to stream here now.

Kiran Leonard: “”Paralysed Force” is about how insecurities you should settle within yourself often get transplanted onto other people you know. Projecting the question towards another allows you to shirk responsibility for your own wellbeing, but all this does is suspend the issue at hand, and prolong an inevitable falling back.

“There’s also a sort of compulsiveness, a wanting to be suspended, that’s involved in it all, because sometimes it feels good not to have to think about yourself. I suppose the song’s about being caught between those two points — basically, that even if you know you’re being irresponsible (and possibly daft), there’s still a desire to give yourself up.”

The album Western Culture marks a huge sonic progression due, in part, to the involvement of his venerable live band (Andrew Cheetham on drums, Dave Rowe on bass and Dan Bridgewood-Hill on guitar, synth and violin) on record for the first time. It is also the first Kiran Leonard album to have been made in a professional studio.

“It was nice not having to spend 2+ years recording an LP in drips in my front room,” says Leonard. “It was mostly smashed out over nine days or so makes it a lot more focused than my long-ass records usually are. I think it’s both more accessible and more peculiar than my other records. There’s a nice Bon Jovi solo at the end of the seventh track.”

Kiran Leonard is a 22 year old musician from Saddleworth, Greater Manchester. Debut album proper Bowler Hat Soup (2014) and follow-up Grapefruit (2016) were both recorded at home, with Kiran playing virtually every instrument himself. Derevaun Seraun (2017), a concept album in five movements inspired by five pieces of literature and arranged for piano, strings and voice, was an ambitious departure from his usual sound.

Kiran Leonard has also just announced UK and Ireland headline dates for October / November, as well as a London date at The Victoria on 29th August which will serve as a warm up for their appearance at End Of The Road Festival the following day.

The starting point for writing Western Culture was a preoccupation with how language affects the way we perceive problems in the real world. That is, the structures that carry out the worst acts of violence in our communities (social hierarchies; borders and nationalisms; global finance) are all legitimised within a certain discourse; in this sense, the words we use have a funny sort of position, both as a feeble opponent to real-life violence, and as the critical foundation for that very violence.

I say this because my intention with the record was not to make a self-absorbed, “How-can-art-respond-to-these-problems” sort of gesture, because to me the problem is a lot wider than art. It’s to do with basic communication: it is impossible to understand or confront a brutality that we can’t articulate. So, these songs are mostly about this sense of missing the wood for the trees, and trying to stress the existence of connections between all these obstacles, past, present and future.

I think this thematic cohesion is matched by an effort to make the music on the record more compact and distilled. This is the first proper LP I’ve made at a recording studio (the excellent Low Four in Manchester), and the first record I’ve made with my live band (Dan Bridgwood Hill [dbh]; Andrew Cheetham [Jane Weaver, Easter, Yerba Mansa, Desmadrados Soldados de Ventura], Dave Rowe [Plank]). Leo from Cult Party, and Rosa and Jenny from Let’s Eat Grandma, and Elle Mary, and the guitarist Jon Collin, and Laurie Hulme (Songs for Walter) also lend a hand.

Kiran Leonard
Thursday 25th October, 7.30pm
Tickets are £9 in advance (more on the door) and are available from Earworm Records, the venue in person or online via See Tickets.