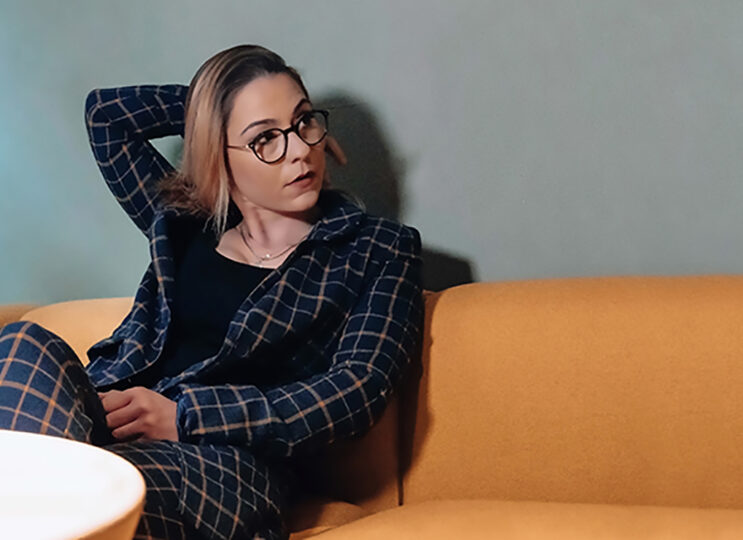 TICKETS FOR THIS SHOW ARE NOW SOLD OUT.

It’s been eight years since Lucy unknowingly wandered onto the X Factor stage in 2012 to what would be the beginning of an incredible journey, both professionally and personally.

That year being the most googled musician and 4th most watched video in the world, combined with a tenacious work ethic, led to sold out tours across the globe and over 100 million streams. Lucy has ridden roughshod over the pigeon holes that many have tried, and still try, to put her into.

She is known as a complex singer songwriter and emotive wordsmith, whose songs and stories hit with great force, straight to the listener’s heart and emotions. Whether they are happy or sad, funny or thought provoking- Lucy provides them with a direct link between her songs and their own life stories.

After releasing her first Top 10 album with Columbia records, Lucy released two more successful albums on her own aptly named record label ‘CTRL Records’. Throughout her career it has been widely known that control of her creative content is wholly important to her, which lead to the well-suited relationship with Cooking Vinyl.
Lucy, who owns the masters to 5 of her 6 albums, signed her record and publishing deal with Cooking Vinyl in 2018, already having 5 Top 40 albums under her belt.

Lucy’s 6th album ‘Choices’ released on 26 February 2021 achieved a career topping number 5 on the Official UK Album Chart and made it her 6th top 30 album.

One of the most recent singles released in October of 2020, ‘Sober’ is a bare, open and exposed look at the singer, for good and for bad, having faced many struggles with alcohol and substance abuse in her life. Lucy has always been open about her struggles with her mental health and, in stark comparison to times past, Lucy has spent the last 17 months sober, and has discovered a brand new side to herself saying she has ‘more mental clarity than ever’. Her mental and physical health and wellbeing has become a huge part of who she is, and her widely followed journey was laid bare for all to see on social media.

Alongside her own personal fitness, and to build on her new found passions, Lucy has launched a fitness programme of her own and is now in the final stages of becoming a fully qualified Personal Trainer, so that she can continue to spread her message and hopes to encourage others onto the new path she has found. ‘Fully Rewired’ inspires others to ‘rewire their brains for a better life’.

Over the years Lucy’s fans have always been able to rely on being able to get up close and personal as she is an avid touring artist. Touring twice yearly around the UK as well as Europe, US, Canada, Switzerland and now Australia 2021. In the UK, Lucy has been consistently selling around 35,000 tickets a year for her headline shows. Rivalling some of the more commercially known artists on the scene.
Having been booked for festivals like Glastonbury and Belladrum multiple times, and the first female headliner of Kendal Calling, Lucy has cemented herself a longevous and exciting career touring and recording artist.

2020 has been difficult, as it has been for everyone, but for an artist like Lucy, being unable to play to the thousands of fans around the UK and abroad has been a huge blow both professionally and personally.

Every single one of Lucy’s home-crowd and international tours were cancelled for the latter half of 2020, along with the whole of the festival season, so to end the year on a positive note, she arranged an incredible live stream event which was streamed across the globe in USA, Netherlands, Canada, Finland, Germany, Spain, Iceland, Hungary, Isle of Man, Jersey, Australia, Ireland, Norway, Hong Kong, New Zealand, Austria, Belgium and, of course, the UK.

For 2021, Lucy hopes to return to touring, including the US and Australia, in support of the release of her new album ‘Choices’.

She hopes to see the world, and the industry she adores, start to rebuild, so that everyone can get back to their lives and loves.

TICKETS FOR THIS SHOW ARE NOW SOLD OUT.