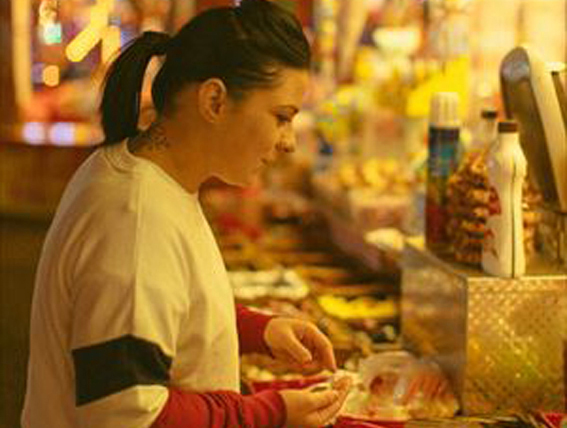 For Lucy Spraggan, 2017 has already been a year to remember. The singer-songwriter has already netted her fourth top 40 album and followed that success with a huge tour across the UK and Europe.

Described as ‘a triumph’ by The Sun, I Hope You Don’t Mind Me Writing was released in January 2017, charting at number 12 in the Official Top 40 Album Chart. It was the second release under her own label, CTRL Records.

Frequently recognized as one of the leading lights in the LGBT community, Spraggan has managed to build her fanbase to a new high, with more than 12,000 tickets sold for her recent Dear You tour. Lucy’s festival season is looking equally busy with shows confirmed at some of the UK’s leading festivals.

Lucy appeared on the X Factor in 2012, since then her audition video has been viewed more than 40 million times. She achieved the unprecedented success of securing a top 20 single (Last Night) and top 40 album (Top Room at the Zoo) while still competing on the TV show. She was also the most Googled musician of 2012,

Lucy immediately signed to Columbia and her debut album Join the Club was a top-ten success. Her next record We Are was released on her own label, after Spraggan opted to take the independent route. The album just missed out on a top twenty position.