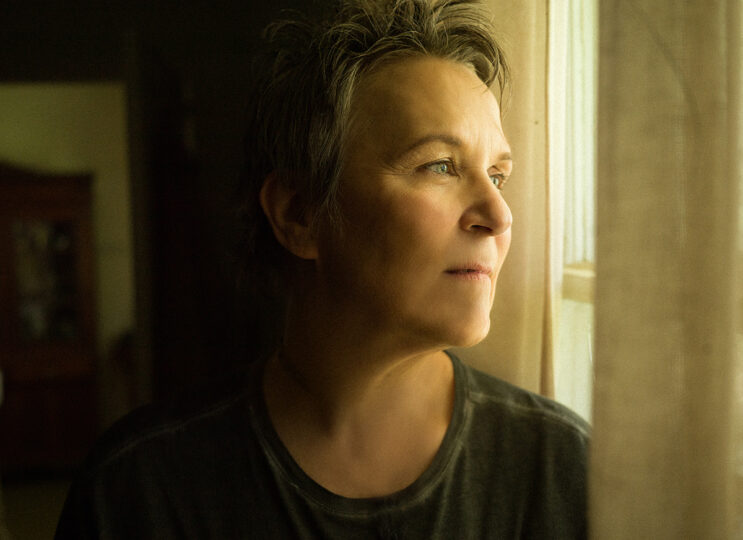 *This is a seated show with all seating unreserved*

Grammy-nominated singer/songwriter, and now accomplished author, Mary Gauthier released her new album Dark Enough To See The Stars (Thirty Tigers) in June 2022. Over the course of eight studio albums, Mary Gauthier has firmly planted herself as a truth teller, a songwriter unafraid to dive into the emotional core of her chosen subject. Her poignant songs move people deeply and often evoke an emotive response. It is one of the many things that connect her so deeply to her fans, and why they love her. On Dark Enough To See The Stars, she mourns the loss of dear friends that include John Prine, Nanci Griffith and David Olney, but Gauthier takes a slightly different course by offering an optimistic side of herself with songs that celebrate the joy of new love and personal contentment.

With The Band-inspired opening track “Fall Apart World”, the tender and thoughtful “About Time” and the eternally grateful “Thank God For You”, it’s evident that with Gauthier’s life experience she takes nothing for granted. She also looks at love from a different perspective in remembrance of her departed colleagues and mentors with songs such as “How Could You Be Gone” and “’Til I See You Again”. The title track, co-written with Beth Nielsen Chapman, is a realisation that through loss and darkness there can be a beautiful sense of clarity and an understanding about what truly matters.

Dark Enough To See The Stars is the follow up to Gauthier’s powerful 2018 release Rifles & Rosary Beads, which was co-written with U.S. veterans and their families and served to help them cope with the trauma experienced both abroad and at home. The album received a Grammy nomination for “Best Folk Album” and won “Album Of The Year” at the International Folk Music Awards (Folk Alliance) and Gauthier was awarded the Americana Music Association UK “International Artist Of The Year” award in 2019. Gauthier was featured in The New York Times, The Los Angeles Times, The Associated Press, NPR Weekend Edition, and a powerful segment on CBS This Morning.

In 2021, Gauthier released her first book, entitled Saved By A Song: The Art and Healing Power of Songwriting. In the memoir, she shared her life experiences from addiction, abandonment and loss to compassion, empathy, kindness and ultimately triumph. It is a truly inspiring work that received critical praise and was included in Rolling Stone’s “Best Music Books of 2021”.

‘Mary Gauthier is no stranger to the gut punch. The lyrical precision on the singer’s first eight studio albums is a testament to her ability to transform her own trauma into a purposeful and communal narrative.’
NPR Weekend Edition