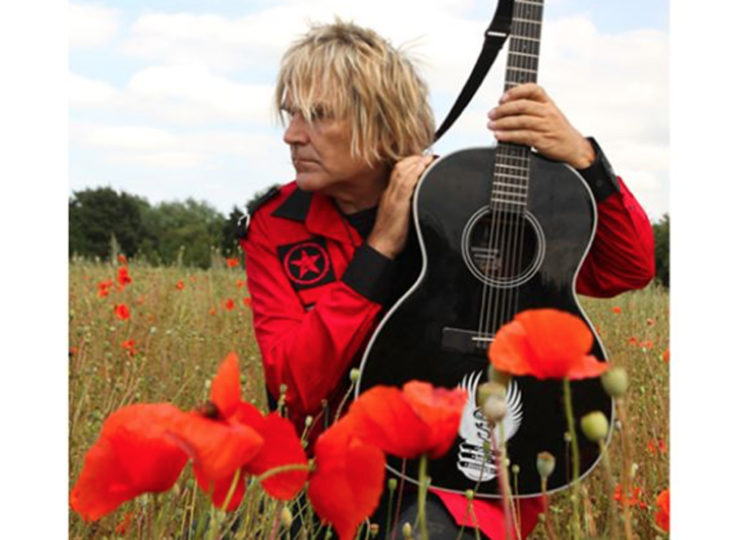 **Due to coronavirus and his own ill health, Mike has taken the decision to suspend all his touring until 2022. Regrettably this show has been cancelled, online purchasers will be refunded automatically. Please accept our apologies and we wish Mike all the very best for the future and a full and speedy recovery.**

Mike Peters, man of the people, classic songwriter, band leader and peerless troubadour of our times, is charging back into the new life with a post lockdown UK Tour entitled NEW STANDARDS.

The New Standards Tour will play wherever and whenever the situation allows, and feature all the classic uplifting tracks from the band’s first ever chart topping 1990 compilation album STANDARDS which brought together iconic 1980’s singles such as Rain In The Summertime (1987 – international Top 20 hit recently covered by both The Killers and Smashing Pumpkins’ Billy Corgan), and a host of bonafide Alarm ‘Standards’ including Sixty Eight Guns, The Stand, Spirit Of ‘76 and Strength.

Along with music from recent UK Number One Rock Album SIGMA, the tour will also feature debut performances of songs from a brand new / soon to be released Alarm album entitled NEW STANDARDS, written and recorded while the band was locked away during isolation.

“The NEW STANDARDS UK Tour will take our audience into a new age”, says Mike. “The themes of response and resolve to contend with these unprecedented times are running through the core of each and every Alarm song written. Documenting the lives of every day heroes and heroines has become synonymous with The Alarm DNA, and these songs out in the open again, we will unite and uplift our audience like never before.”

“We are committed to being part of the movement that allows people, music fans, music venues and music promoters to get back to some kind of normality”, says lead singer Mike Peters. “Whatever the situation, we will bring the music. Through our vast experience of playing in the mountain regions of the world (via our charity Love Hope Strength), we are adaptable and ready to play at a moments notice, either stripped back to a one man band Mike Peters set like this evening and/or ready to play as The Alarm in both acoustic and electric environments.”