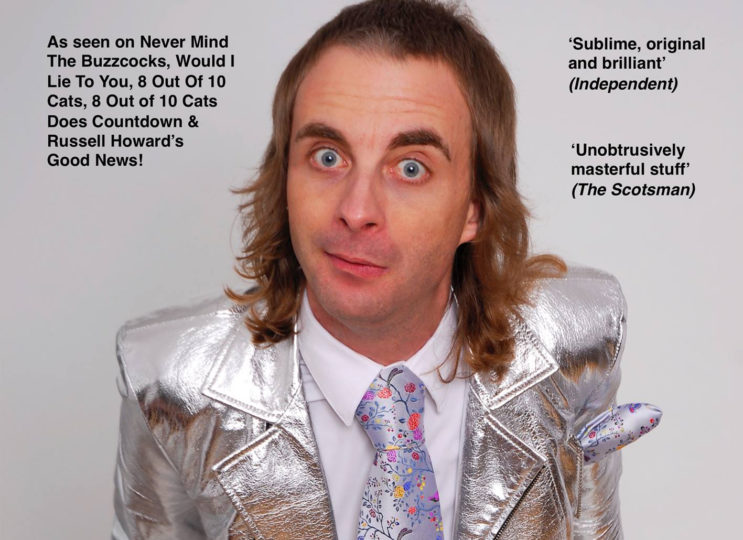 Tickets are £12adv (more on the door) and available from the venue in person or online via WeGotTickets.

The multi-award winning Mr Foot has appeared on numerous TV and Radio programmes including Never Mind The Buzzcocks, Would I Lie To You, 8 Out Of 10 Cats, 8 Out of 10 Cats Does Countdown, Russell Howard’s Good News and The Infinite Monkey Cage on BBC Radio4.

‘Utterly outlandish, but beneath layers of absurdity is Foot’s sharp eye for satire’
Time Out

‘He’s a comedy whirlwind from the school of Spike Milligan….. It’s risky to call someone unique, but Foot is certainly pretty close.’
Three Weeks

Tickets are £12adv (more on the door) and available from the venue in person or online via WeGotTickets.