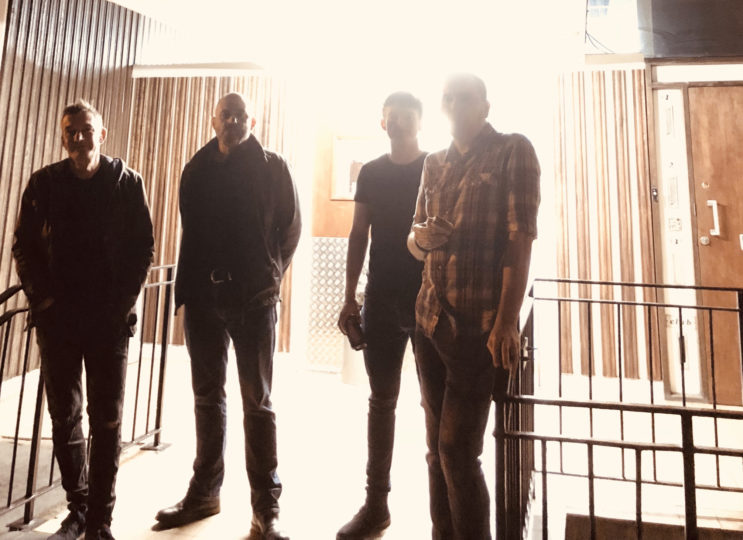 Pelico
Sandra’s Wedding
Friday 8th March, 7.30pm
Tickets are £10.00 in advance (more on the door) and are available from Earworm Records, the venue in person or online via See Tickets.

Indie folk-pop band Pelico, return with their first release in 4 years. This experienced outfit from York are regularly found playing venues and festivals across the UK, supporting the likes of Roddy Woomble (Idlewild) and more recently John Bramwell (I Am Kloot) and have also featured on Tom Robinson’s BBC 6 Music show as a highlighted band.

Since their first album Smile (2012) they have continued to write, gather influences and introduce new qualities to the Pelico sound. The EP Only So Far Now (2014) was perhaps an indication as to what to expect from the 2018 album, The World Turns. The band have emerged with a richer, more experienced sound; the song writing partnership between Ashley McGovern and Brian Liddle is stronger than ever.

The World Turns was written and recorded between 2016 and 2018. Come and help Pelico celebrate it’s release with a rare headline show at The Crescent in York.

The band gained attention in the press and on radio after the MP for the Northern Powerhouse Andrew Percy commented on the album through his Facebook page, stating that after hearing it he enjoyed it so he would try and mention it in Parliament if possible. They described this as a “bizarre twist” due to the album’s political themes of austerity and working class strife, explaining how they didn’t expect the demographic to be Conservative politicians, and expressed their surprise.

The band promoted the album over the summer with a host of gigs and in store performances, with several songs receiving airplay. The lead single Death By Hanging was made “Track of The Week” on BBC Introducing North Yorkshire, with this leading to the band recording a live session on the show in November.
In December a charity Christmas single entitled Spite Christmas was released, with all profits going to Castaway in Goole, a musical theatre group that offers children and adults with learning difficulties the opportunity to get involved through performance.

In August 2018 the band released “Good Morning, Bad Blood.” The EP deals with similar themes to its’ predecessor with love, the complexities of relationships and the mundane side of romance all running strongly through the four tracks. Produced by Dan Foster at Hull’s Element Studios and mastered by Pete Maher.

Pelico
Sandra’s Wedding
Friday 8th March, 7.30pm
Tickets are £10.00 in advance (more on the door) and are available from Earworm Records, the venue in person or online via See Tickets.