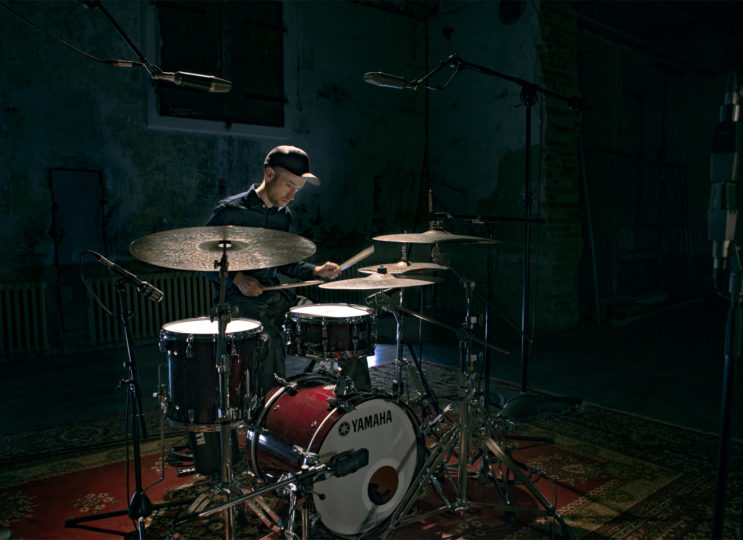 Ouroboros presents
Richard Spaven
Thursday 3rd October, 7.30pm
Tickets are £8 in advance (more on the door) and are available from Earworm Records, the venue in person or online via See Tickets.

As a drummer, composer or artist, Richard Spaven is one of the world’s most exciting and genre-defying. His career has seen him play for many of music’s most innovative artists both on stage and in the studio: Jose James, Flying Lotus, The Cinematic Orchestra, Guru’s Jazzmatazz, Gregory Porter to name but a few.

Not only is he a much in demand drummer, but a boundary-pushing artist in his own right. His debut album ‘Whole Other*’ (2014) touched on many musical palettes and bridged the gap between jazz and electronica. 2017’s ‘The Self’ saw him affirming his love for club culture and electronica, sampling his own drums on the Photek cover ‘Hidden Camera’ and collaborating with Metalheadz MC Cleveland Watkiss to recreate the London sound system vibe so integral to his background.

After the release of critically acclaimed first single ‘Faded’ featuring Jordan Rakei (Record of the week on BBC6 Music) and second single ‘Spin’ which is currently making waves on streaming platforms and DJ sets, Richard Spaven is proud to present his new studio album ‘Real Time’.

Recorded live during a week at Real World Studios in the Bath countryside, ‘Real Time’ captures the artfulness of a band of musicians creating something truly unique. Richard’s history with his long time band became an inspiration for what you will hear on this record.

His collaboration with vocalist Jordan Rakei continues – exceeding expectations after an intense week-long residential recording session. Featuring on four album tracks, ‘Faded’ and ‘Spin’ as well as two highly original versions of some classics – Busta Rhymes’ ‘Show Me What You Got’ and ‘Celestial Blues’, Jordan delivering his contempt soul on this spiritual jazz classic.

Throughout the 9 tracks of the album, Richard on drums plays artfully with the beats, subtlety abounds yet grooving hard in constantly shifting, unexpected turns of rhythmic layers.

The result is contemporary electronica yet with the feel of a live album, from a group of exquisitely talented forward-thinking musicians who are not bound by any genres but thrive in the simple idea of creating and playing together.

Ouroboros presents
Richard Spaven
Thursday 3rd October, 7.30pm
Tickets are £8 in advance (more on the door) and are available from Earworm Records, the venue in person or online via See Tickets.