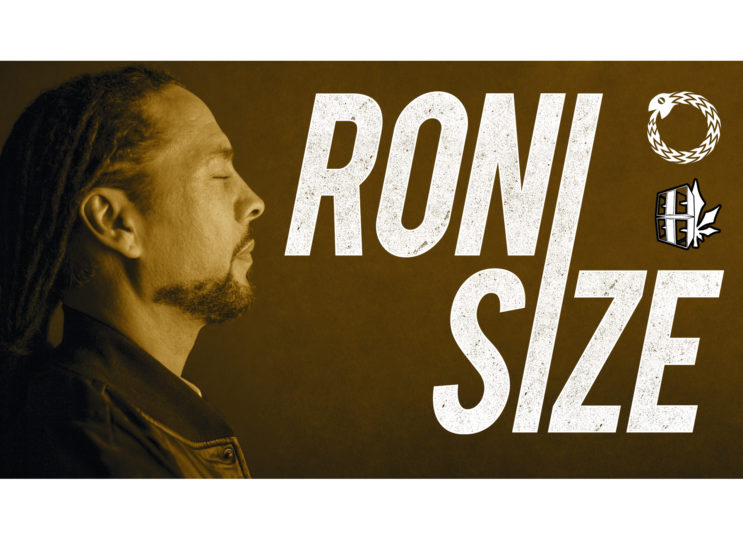 Ouroboros & Herbal Mafia presents
Roni Size
Friday 6th December, 9pm
Tickets are £12.50 in advance (more on the door) and are available from Earworm Records, the venue in person or online via See Tickets.

Roni Size’s whole life has been about building something new from whatever was around him. From Bristol youthclub parties, through the white heat of rave and the founding moments of jungle and drum’n’bass, to transforming underground electronic music into something that could be played by a live band on the biggest arena and festival stages, he has at each stage created completely afresh – not just a sound or style but an entire methodology of how music can be made. And each time, that new creation has reflected his heritage, his surroundings and the precise moment in which he’s operating.

20-years ago, The Mercury Prize win for his ‘New Forms’ album brought D’n’B to the forefront of dance-music news, making even the rest of the industry – where reactions had up until that point been bemused – sit up and pay attention. For several years thereafter Roni and team were on top of the world, succeeding as solo artists as well as a collective, maintaining underground credibility yet receiving Brit awards and even collaborating with some of the biggest names in hip hop.

It was in 2017, as we fully appreciated the legacy that Roni has created for drum’n’bass, that the next chapter began. Roni toured his ground-breaking new audio visual live show, a combined live instrument and hardware show that features state of the art production and 3D effect projection mapping celebrating 20 years of New Forms. Roni took the ground-breaking live show on the road to festivals in the UK and Europe as well as on extensive tours of the US, New Zealand and Australia with no let up as he also DJ’ed at the very best clubs and festivals throughout the globe.

The anniversary re-release of New Forms (on Universal and featuring the live set together with brand new remixes, edits and tracks) garnered huge support across digital and print media as well as on radio. With premieres from MixMag and Tsugi, rave reviews and coverage by NME, Fact, DJ Mag, Clash and many others along with multiple plays on BBC Radio 1 and BBC Radio 1 Xtra, Roni cemented his position at the top of the game.

The man from Bristol showed no signs of slowing down, as he took to the road with UK and European live tours in 2018 and continued to travel to all corners of the globe to play clubs and festivals including Dirtybird Campout, Noisily, Blue Dot, Output, Creamfields and SW4. Roni finished 2018 with a remix for rising star Paris Green on Get Physical and played shows in Europe, the US, Australia, Asia and Brazil as well as appearing on guest spots across BBC Radio and continuing to contribute to charity projects and support the grass roots scene in his home city of Bristol.

He continues to be in high demand with the world’s best festivals and events and with the promise of brand new Roni music coming this year and some other exciting announcements in the pipeline, 2019 looks set to be the best yet…

Ouroboros & Herbal Mafia presents
Roni Size
Friday 6th December, 9pm
Tickets are £12.50 in advance (more on the door) and are available from Earworm Records, the venue in person or online via See Tickets.