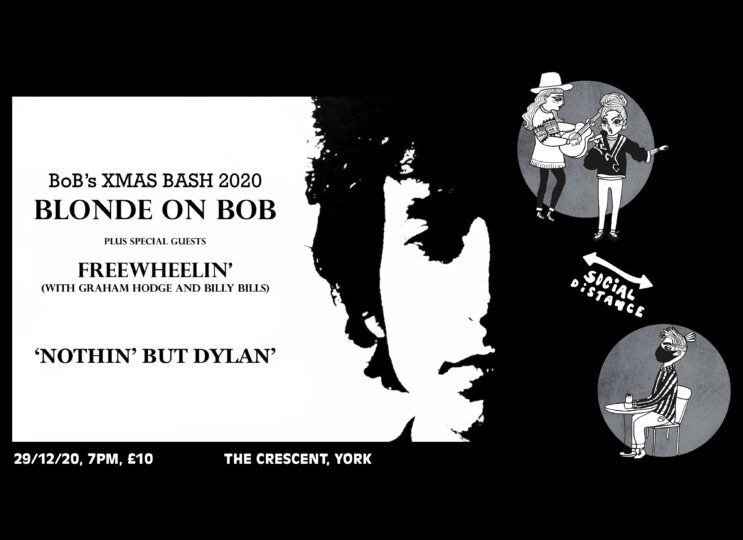 You’ve probably been ‘locked in tight and out of range’ but now it’s time to get along to Blonde on Bob’s Xmas Bash 2020.

Blonde on Bob, a five-piece band dedicated to celebrating the music of Bob Dylan once again are lined up to give a festive performance including only the songs written and popularised by the world’s most iconic singer-songwriter. Their repertoire includes a whole range of Dylan compositions ranging from material recorded in his early folk music days, through the contributions he’s made to rock, country, blues and gospel music, right up to and including songs featured on his most recent albums.

In 2011 the double cd album ‘Younger Than That Now,’ a compilation of new interpretations of Dylan songs from various artists, recorded especially to mark Dylan’s 70th year, included 2 tracks from Blonde on Bob. Amongst the other contributors on the album were leading roots guitarist Martin Simpson, folk diva Christine Collister and Radio 2 award winners While and Matthews.
Blonde on Bob’s first gig singing the songs of Bob Dylan was in 1997. 2020 marks the band’s 23rd year.