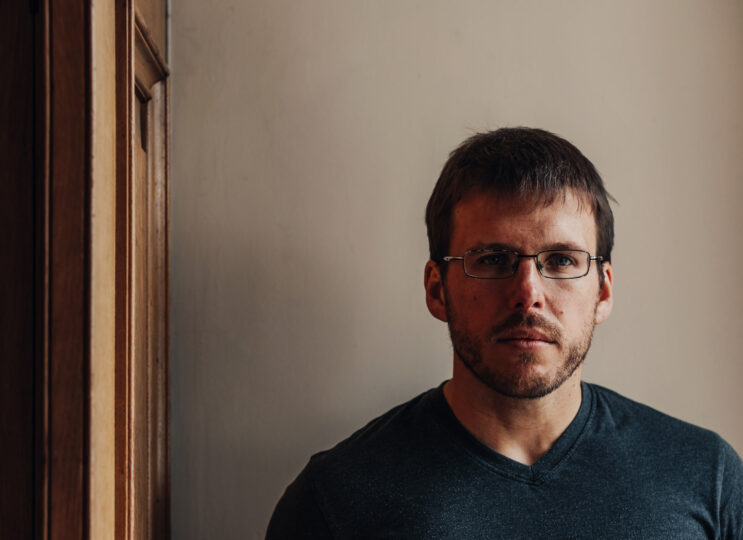 **This show is now cancelled. We will hopefully be able to run some more Socially Distanced shows once the health situation allows, apologies for any inconvenience.
All tickets will be refunded automatically from your point of purchase.**

Dan Webster plays an exciting blend of Folk/Americana with more than a dash of country and rock and roll. Dan is lauded as ‘one of the best kept musical secrets and one not to miss!’, ‘Achingly lovely, like sun breaking on a rain swept highway…’ RnR and an ‘An insightful lyricist with a great voice’ Acoustic Magazine. According to Americana UK – ‘He is the missing link, the joining point, where folk fuses with country – as good as you’ll hear on any record out of Austin or Nashville – beautiful – he is Anglicana’. Dan is a road-seasoned English singer-songwriter, his music is influenced by the sounds and storytelling traditions of American and British Folk music, which he uniquely blends into his own distinct fusion of Folk and Americana.

The press is unanimous!

‘There’s a real exuberance to the performance, the audience were soon having a hoe down as the band’s energy became infectious, the crowd were enthralled.’ Kendal Calling review by 3 Songs and Out

“Dan Webster’s subtle exploration of the human heart resonated with me after each spin of his fine new record… which draws assuredly on folk and country roots from across the Atlantic but remains assertively northern English.” RnR ****

“THE TIN MAN will make it on to a fair few ‘Best Of’ lists, and deservedly so.”
Maverick Magazine ****

“Mixing folk, country and even a little rock ‘n’ roll, all delivered with a clear, distinctive voice, some great playing and an immaculate sound, it stopped me in my tracks.”
Folk Radio UK – The Tin Man – featured album

“The Tin Man may forever be in search of a heart on the road, Dan Webster has it in abundance and it shows with each passing song on his latest album.”
Liverpool Sound and Vision ****

‘He is the missing link, the joining point, where folk fuses with country – as good as you’ll hear on any record out of Austin or Nashville – beautiful, a malleable mash of folk, country and Alt rock.’
Americana UK 9/10

2016 Celtic Connections Danny Kyle Award winner Bella Gaffney hails from Bradford. She writes folk inspired songs which she performs along with her own original arrangements of traditional pieces.

She has played at many folk and music festivals over the last few years, including Celtic Connections, Beverley, HebCelt, ButeFest, Dent, Shrewsbury, Otley, Southwell, BAAFest, & Filey to name just a few. She regularly supports international acts at Bradford’s prestigious folk venue SaltaireLive, such as Jon Boden and Cara Dillon, and has done the same at a variety of venues around the country. 2017 saw the release of her solo album ‘Heaven Knows’ with Folkstock, to great reviews. In 2018 she was one of the first to receive a ‘Friends of Towersey Folk Festival Award’ for artist’s development.

Bella also performs with sought-after celtic/bluegrass band Bella, Polly & the Magpies with Polly Bolton, Sarah Smout & Holly Brandon. 2018 has seen the release of their debut EP and performances at Cambridge and Towersey Folk Festivals, among many other. 2019 has seen the band go to Canada for Folk Alliance International and a tour in Ireland. They have played at Glastonbury festival and Costa del Folk Portugal among many other festivals!

“Stunning performances…steeped in tradition and oozing talent her folk songwriting and performances will take her far.”
NottsAboutMusic

“Her treatment of the more well-known songs in her extensive repertoire is refreshingly different, and some of her own songs have a direct relevance to places and events of contemporary interest.”
Topic Folk Club