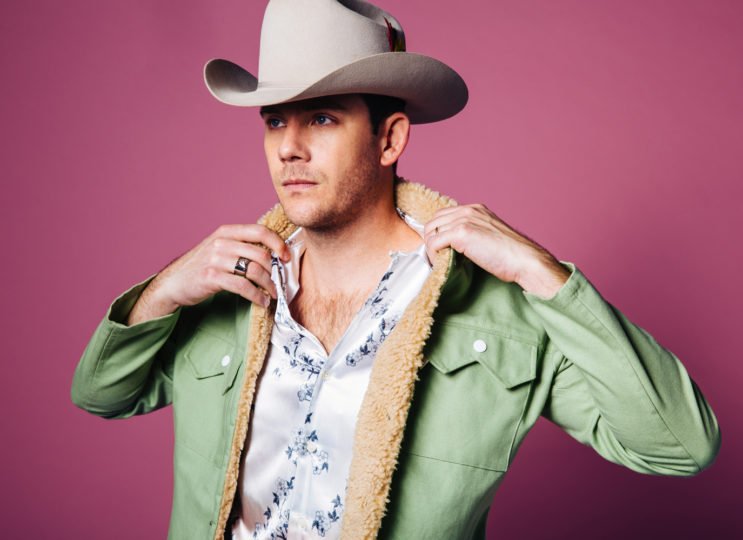 Molly Parden
Thursday 9th August, 7.30pm
Tickets are £15 in advance (more on the door) and available from the venue in person, from our friends at Earworm Records or online via See Tickets.

Sam Outlaw – one of Los Angeles’s only modern country artists – has been riding high on the success of 2017’s sophomore LP, ‘Tenderheart’, his follow-up to the Ry Cooder produced debut ‘Angeleno’, which raised the bar for West Coast country music.

Outlaw offers an extraordinary refinement of the artistic identity laid out on ‘Angeleno’. Sonically, the album elaborates on his “SoCal Country” sound: a sun-bleached, Baja-influenced twang that deftly points to country’s neo-traditionalists and LA’s legendary singer-songwriters. Thematically, ‘Tenderheart’ is a thesis on self-discovery and the power of love – from the cinematic mariachi-laced climax on opener “Everyone’s Looking For Home,” to the determined swagger on side-A highlight “Trouble,” to torch song showstopper “Diamond Ring” – Outlaw meditates on his own conflicted quest for peace amidst the chaos of his chosen path.

The 13-track collection of originals was recorded in the San Fernando Valley and co-produced by Outlaw alongside Martin Pradler. Outlaw enlisted many of the same musicians that made his first album, 2015’s ‘Angeleno,’ an undisputed breakthrough and one of the best-reviewed debuts of that year: harmony singer Molly Jenson, pedal steel pro Jeremy Long and guitarist Danny Garcia, along with Taylor Goldsmith (Dawes) and Bo Koster (My Morning Jacket). In addition, ‘Tenderheart’ features local mariachi group Erwin Vasquez and Mariachi Teocuitatlan.

‘Angeleno made him a legitimate contender to be the biggest country star L.A. has produced since Dwight Yoakam.’
LA Weekly

Sam Outlaw
**Full band show**
Thursday 9th August, 7.30pm
Tickets are £15 in advance (more on the door) and available from the venue in person, from our friends at Earworm Records or online via See Tickets.