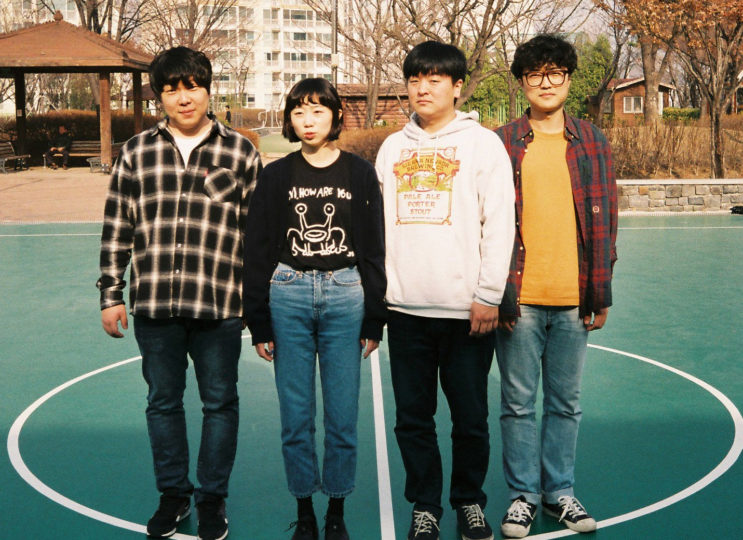 Say Sue Me
Friday 19th October, 7.30pm
Tickets are £10 in advance (more on the door) and are available from Earworm Records, the venue in person or online via See Tickets.

Say Sue Me are a Surf inspired Indie-Rock/Pop act from Busan, South Korea and cited as one of 2018’s ‘break-out bands’. Childhood friends Jaeyoung Ha (Bass) and Byungkyu Kim (guitar) met drummer Semin Kang and played in bands together since winter of 2012, when they met Sumi Choi at a tea shop in Nampo-dong. They liked her speaking voice and immediately offered her a spot as the vocalist in a new band that would become Say Sue Me. Sumi turned out to be a natural at songwriting. Semin sadly suffered trauma from a fall. New drummer Changwon Kim stands in while they await Semin’s recovery.

Following showcases at SXSW in 2018, the band released their sophomore album “Where We Were Together” and a RSD covers EP which won praise from Pitchfork, NPR, Billboard, i-D, The Independent, Stereogum, Paste, MTV, Uproxx. Fader, DIS, The 405 & more, plus three tracks were playlisted on BBC 6Music!

‘The most famous Korean Indie band in the world’
GQ Korea

‘…jangly indie-pop, handclap-rich girl-group classics and the lightly rumbling sounds of early surf-rock. At once stylish and timeless…’
NPR

‘…its vibrant and catchy instrumentation does so much work, “Old Town” suggests less the ache of being alone in a city than it does the tingly feeling that accompanies a life-changing milestone.’
Pitchfork

‘…jangle-pop hooks, stunning vocal melodies, and intricate guitarwork that stands up proudly against some of their influences like Yo La Tengo and Pavement…’
KEXP

‘…an addictive amalgam of sugary indie pop and gritty surf that showcases a finely-tuned sense of melody and technical skill… Nary a song on Say Sue Me isn’t a total ear worm.’
Bandcamp Daily

Say Sue Me
Friday 19th October, 7.30pm
Tickets are £10 in advance (more on the door) and are available from Earworm Records, the venue in person or online via See Tickets.