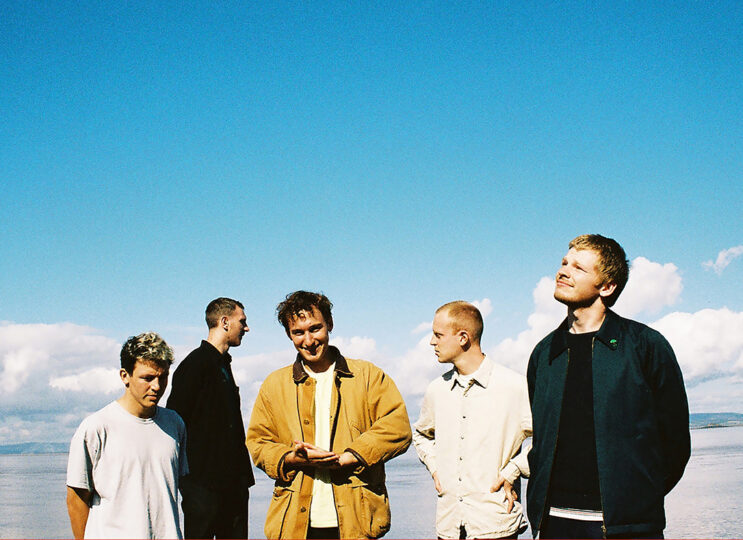 **THIS EVENT IS NOW SOLD OUT**

The hotly tipped post-punk, disco-funk phenomenon Squid are back with new single ‘The Cleaner’ and the news of an EP called ‘Town Centre’ which is coming out on via Dan Carey’s Speedy Wunderground label.

On ‘The Cleaner,’ Squid are at their dynamic best; making good on the angular funk of ‘The Dial’ and the disco-punk of ‘Houseplants’ that has seen them receive love from radio, press and fans everywhere they’ve been. ‘The Cleaner’ is inspired by moving to London, trying to adjust to the pace and lifestyle of the city and all the issues that throws up. As with any Squid track, ‘The Cleaner’ is bursting with ideas and a clear energy and determination within the band to embrace different musical styles.

Dan Carey on Squid and The Cleaner: “I love Squid so much. To record with them is such a joy – the room is a sea of ideas and enthusiasm without any clashes of ego; every suggestion is given full attention. This, combined with their musicianship results in beautifully inventive music, underpinned by a hard steady groove and topped with lyrics that are important and surreal. When I first saw squid I was blown away. In the middle of being blown away, they played The Cleaner. In the middle of The Cleaner I was blown away by the middle bit of The Cleaner. So I was 3 levels down, and I thought ‘Yes…Squid”

Squid have built their name on the back of a run of fine singles and their incendiary live shows – including three packed sets at this year’s Glastonbury Festival – which displays an energy and conviction that is positively transcendent in its chaos and fever.

‘A rich blend of psychedelia, Europop and punk noise’
The Line of Best Fit

‘A unifying sense of ingenuity and vessel bursting energy’
DIY

The mighty @shame! Incredible show. May be distanc

@lspraggan kicks off her autumn tour with her thir

Aussie Celtic Punks @therumjacks are coming to The

We've all been hoarding houseplants over lockdown

Ey up! What's this?! It's the very silly and very

WE ARE OPEN! With a very special art exhibition,

We're back open this week for this amazing art exh

We're delighted to be welcoming the first ever pro

@ouroboros_york will be welcoming AfroFuturists @

This Saturday will be the finale for our front bar

Ollie Martin kicking us of, Nigel Rogers aka Perse

What's that? We're sending the Navy to Jersey to f