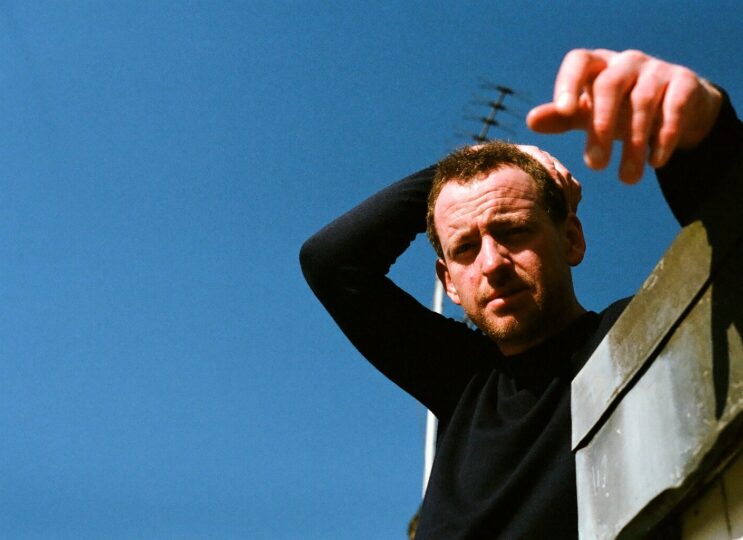 Stephen Fretwell’s long-awaited third album, Busy Guy, has recently been released on Dan Carey’s Speedy Wunderground label this summer. Described by Fretwell himself as “a song cycle of sorts,” Busy Guy examine the seasons of a life, exploring fatherhood, grief and rebirth, with Fretwell’s trademark eloquence and wit.

Preceding the album’s release are two singles, ‘Oval’ and ‘Embankment’. ‘Oval’, the fourth song on the album, will be released first. It is heady with sensuous images – ‘a harvest pear in silk’ – and heavenly bodies – the moon and the sun – as well as those lying on beds. But, as in so many of the songs on Busy Guy, all is not well. There is a deep sense of unease: tropical heat at twilight. Beyond the innocent curves of ‘Oval’, images of opposites clash and collide; celebration sours to disappointment. The longed-for sun can be a thing that burns. The birthday becomes a sultry disco.

“I think it is a song about marriage, the actuality of it, the responsibility of it, and the gamble,” says Fretwell. “When my girlfriend was pregnant with our first son, we moved to a flat near the Oval in London. As our marriage fell apart a few years ago, it was this simple song that was the only thing I had to stick in the ground and push on with making some new music. I wrote the song about watching my wife look out of the window in that flat in Oval, looking at her new life as a mother, our new life as parents, and I was trying to show that in some way the beauty that we are gifted by becoming parents is often haunted by the loss of something, too.”

Fretwell, now 39, grew up in Scunthorpe but cut his musical teeth in Manchester in the early noughties, playing in the bars and clubs of the legendary Northern Quarter. In the years before that, as a teenager, he visited his cousin who lived in Vienna. On these trips, he’d stay up late with his cousin’s wife and she would play him her record collection (“the Nicks [Cave and Drake], Morrison and Morrissey – who I presumed were related,” he laughs) and talk about her interior life. This experience, witnessing music and lyrics being used to process thoughts and feelings, informed his approach to songwriting, giving his early work a maturity beyond its years.

Fretwell’s debut album Magpie, which featured the songs ‘Emily,’ and ‘New York’, both much beloved among his early fans, was released on a major record label in 2004 and sold 100,000 copies. In 2007 he released his follow-up, Man On the Roof, for which he received an Ivor Novello Award nomination. Fretwell went on to support the likes of Travis, Elbow, Keane and Oasis, and in 2008, played bass for The Last Shadow Puppets. His first son was born in 2011. At this point Fretwell became a full-time dad, and “didn’t come up for air until my son started school, by which time we had another son. I just forgot about song-writing. I didn’t even own a guitar for five years.”

Before setting to work on this album, Fretwell raised two young sons in Brighton, on the south coast. It meant that returning to writing and recording wasn’t easy. “For 13 years I hadn’t walked into a professional recording studio to stand still and make a record from start to finish in one delivery – one go,” he says. “Just the terror of the tape spools beginning to turn and the red light coming on…”

Luckily, he was in safe hands. Busy Guy was produced by Fretwell’s close friend Dan Carey. They recorded the whole thing one hot July afternoon in just two hours. “I was so fired up, I just rattled off the songs,” Fretwell says. “I assumed it was the run-through, but Dan said he thought we’d got it.” The next day, Carey assembled “a palate of sound” involving keyboards and an electric guitar. “Dan said, ‘I’m just going to react to the songs over the next few hours’, and that’s the finished record, besides some cello.” The album title was also Carey’s idea. Fretwell explains: “Years ago, Dan asked why I always carried a copy of The Times, a notebook and a pen when all I did was go to the pub. I said: if you go to the pub at 11am with a newspaper, a notebook and pen, you look like a busy guy rather than a pisshead. It became a joke between us. The joke too is that I didn’t do any music for years.”