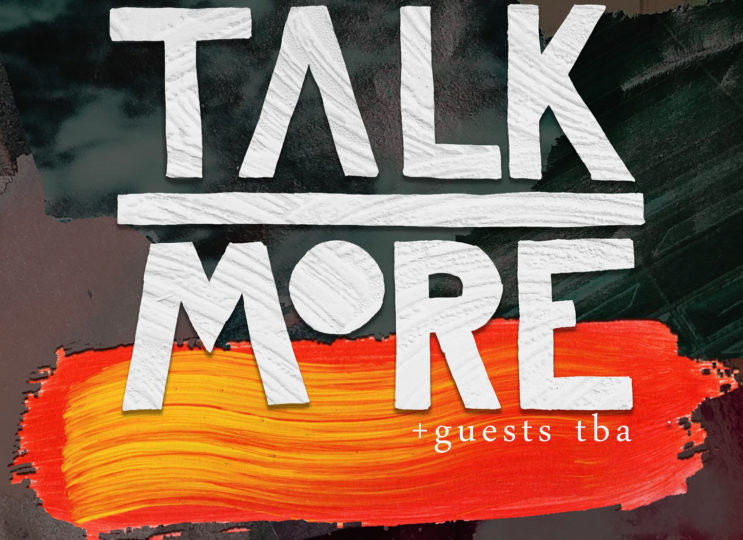 Talk More
Kitty VR
Friday 21st August, 7.30pm
Tickets are £5 in advance (more on the door) and are available from Earworm Records, the venue in person or online via See Tickets.

With ambient 80s-inspired big hooks, silky vocals and earworm riffs, York four piece Talk More may be fresh off the blocks, but in a short time they have created quite the buzz.

No strangers to packed audiences in Leeds, Hull and Manchester – Daisy, Alex, Morgan and Michele have brought their heartfelt and homegrown sound to the masses, captivating thousands of listeners since July. After gracing the stage at last year’s Humber Street Sesh and recently delivering a blistering set at the legendary Leeds Brudenell supporting Giant Rooks, 2020 saw their first headline tour spanning York, Leeds and Manchester – resulting in a sellout hometown show, mesmerising hundreds of avid fans.

With features on BBC Radio 1, BBC Radio 6 and BBC Introducing York, the band has seen major success within such a limited time frame. Their three latest singles Vaara, From Rosaline & Sadsadsad were debuted on BBC Radio 1 by Huw Stephens merely weeks apart, showing the sheer momentum the foursome are gaining. Their sound has been hailed as dreamy, soulful and atmospheric leaving listeners allured by their raw emotion.

Next big thing? This northern foursome are nothing less than the Next Big Now.

If they could bottle and sell anticipation, this band would be millionaires. But they can create and record pure emotion – and that’s TALK MORE.

You can listen to Talk More here.

Support comes from York singer-songwriter Kitty VR and her band.

Talk More
Kitty VR
Friday 21st August, 7.30pm
Tickets are £5 in advance (more on the door) and are available from Earworm Records, the venue in person or online via See Tickets.