Teeth Of The Sea & The Utopia Strong 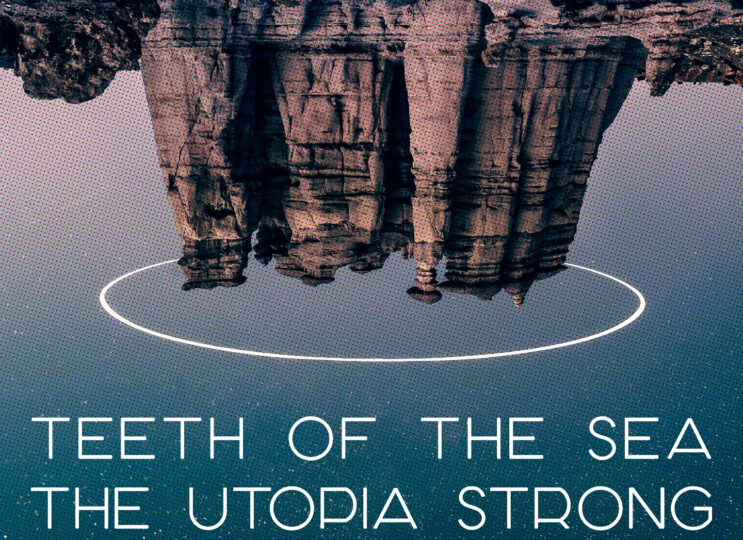 Please Please You & Ouroboros presents
Teeth Of The Sea
+ The Utopia Strong
The Crescent, York
Sunday 14th November, 7.30pm
Tickets are £12 in advance (more on the door) and available from See Tickets.

A mega, heady Rocket Recordings double bill is upon us! Come join a trip through krautrock, seventies sci-fi soundtrack apocolyptica and propulsive psychedelia.

Teeth Of The Sea

When London’s Teeth Of The Sea set about recording their fifth album, there seemed to be more than just the familiar spectres of the band’s collective and overactive imagination at their disposal – the unruly morass of ‘80s horror and sci-fi movies, industrial ballast, 2000AD terror, ‘70s-damaged experimental brinksmanship and atmospheric grandeur that they’d somehow conspire to sculpt into coherent structures – instead, these ghostly interruptions – or wraiths – were of a distinctly otherworldly nature.

In Soup Studios, located in the liminal zone of East India Dock on the Thames under the auspices of Giles Barrett, all such influences contributed to form a collection of tracks that represented a fearsome and transporting marriage of the ferocious and the melancholic.

Alchemised trash, kitchen-sink surrealism, out-of-order intensity and ritualistic overtones collides and colluded into a monstrous hybrid – this was a world where Tetsuo-The Iron Man would happily share space with Judee Sill, and where the acid guitars of Helios Creed would happily conspire with the Acid Rock of Rhythm Device.

Who knows where these voices and visions arrived from, yet we can only hope the resulting sounds help them gain safe passage into the beyond. Ladies and gentlemen, pray silence for the Wraith.

‘TOTS are merely vessels for a force operating somewhere beyond our comprehension of what can, and does, qualify as pop music.’
Clash

‘Space-disco juggernaut tunes into the transcendental infinite–a glitter ball in one eye, the other on the cosmos.’
Mojo Magazine

The Utopia Strong are a semi-modular trio, delivering medical grade music to the visionary music head.

The band were born on the evening of 2nd January 2018 after what can only be described as an experimental and revelatory improvised session together. Kavus Torabi, Michael York and Steve Davis have fused Modular Synthesisers with conventional and traditional instruments to create a weird and joyous celebration of all that is good about left field psychedelic music.

Kavus Torabi is an experimental/psychedelic musician with a long history in the field. He has his own band, Knifeworld and is frontman in the current line up of Gong. He has been a member
in various other bands including Guapo and most notably a guitarist in the final line up of Cardiacs.

Steve Davis was the most successful professional Snooker player of the 1980’s, winning a total of 28 major ranking events including 6 World Championships. In recent years his involvement in snooker has been limited to TV punditry, which has given him more time to indulge in music related activities, namely collecting left field music from around the globe, presenting a monthly radio show on NTS Radio with Kavus Torabi and now joining forces with Kavus and Michael York to form The Utopia Strong, further cementing
his growing interest in playing the Modular Synth.

Michael York is a multi instrumentalist and luthier, working mainly with modular/analogue synths and woodwinds (primarily focusing on bagpipes, reeds and flutes of Europe and the Near East).

His piping has seen him work not only in the realm of folk, with the likes of Shirley Collins and the 7 piece bagpipe choir Zephyrus, but also with the esoteric avant garde ensembles Coil, Cyclobe, Current 93, Guapo and The Stargazers Assistant.

In 2014 as an outlet for his voyages in alternate realities through the medium of analogue electronics he formed the modular synth duo Teleplasmiste (with Mark Pilkington) and the ambient psychedelia group The Other Without (with Neil Mortimer).

Please Please You & Ouroboros presents
Teeth Of The Sea
+ The Utopia Strong
The Crescent, York
Sunday 14th November, 7.30pm
Tickets are £12 in advance (more on the door) and available from See Tickets.