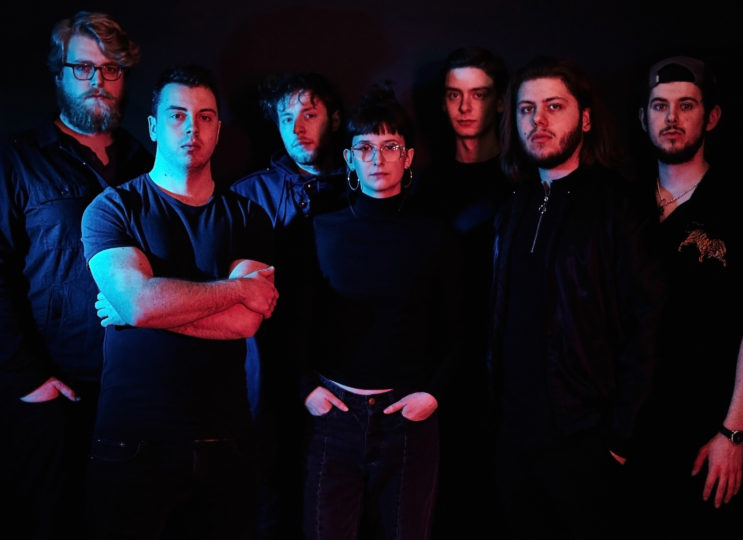 OUR.JAZZ presents
Têtes De Pois
Vipertime + Joe Lancaster
Thursday 20th September, 7.30pm
Tickets are £5 in advance (more on the door) and are available from Earworm Records, the venue in person or online via See Tickets.

A special party with two forward thinking Leeds bands, who take influence from afrobeat, funk and jazz! Support also comes from the talented Joe Lancaster. This one’s going to be a lot of fun!

Têtes de Pois is a seven-piece instrumental band based in Leeds, performing exciting original music influenced by genres including cinematic and latin jazz and afrobeat. The band formed in 2016 while studying Jazz at Leeds College of Music, they are founding members of independent music collective and label Tight Lines.

Since then they have headlined the Hootananny, the Belgrave, the Wardrobe and the 100 Club, and have performed at some of the country’s most renowned festivals, including Manchester Jazz Festival, Love Supreme and World Island.

They have supported Soweto Kinch, Ezra Collective and Laura Jurd, and soon Fatima.

As well as the Love Supreme Player’s award, they are a recipient of the Help Musicians UK Development Award. They have been played on BBC Radio 3, BBC Radio Yorkshire and many local radio stations.

The band recently released their latest single entitled ‘Cut to the Chase’, which can be found on Soundcloud and Bandcamp, and is a preview of their imminent EP.

During September and October 2018 Têtes de Pois will be extensively touring the UK.

Born out of the snake pit of Hyde Park house parties, Vipertime draw from the depths of post punk, afrobeat and free jazz creating improvised music for the dance floor. These are rhythmic reptiles with a will to thrill.

Young talent Joe Lancaster (of New York Brass Band) is putting together a special group for this show! He needs little introduction, beyond saying that this dude has serious trumpet chops.

OUR.JAZZ presents
Têtes De Pois
Vipertime + Joe Lancaster
Thursday 20th September, 7.30pm
Tickets are £5 in advance (more on the door) and are available from Earworm Records, the venue in person or online via See Tickets.