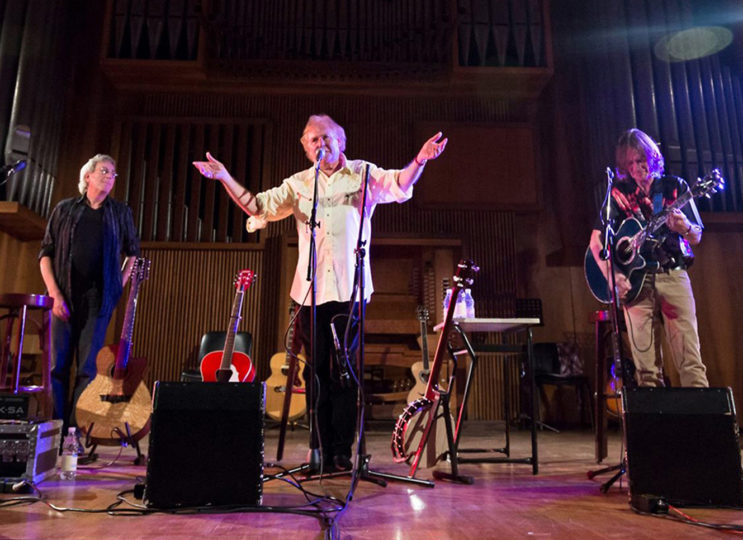 The Strawbs
50th Anniversary Acoustic Concert
The Crescent, York
Wednesday 9th October, 7.30pm
Tickets are £17 in advance (more on the door) and are available from Earworm Records, the venue in person or online via See Tickets.

The Strawbs started life as the Strawberry Hill Boys before emerging into the mainstream from the exciting British Folk Movement of the mid 60s alongside other such luminaries as Fairport Convention, Pentangle, Al Stewart and Roy Harper. Their first album with Sandy Denny attracted the attention of A&M Records in America and they became the first British Band to be signed by the famous label. Under the guidance of Herb Alpert & Gerry Moss, major chart success followed with seven consecutive albums in the Billboard charts, including classics ‘Bursting at the Seams’, ‘Grave New World’, ‘Hero & Heroine’, ‘Dragonfly’ and ‘Ghosts’, earning the band two Gold Albums along the way. Massive coast to coast American tours swiftly followed, sharing the stage with The Eagles, Santana and Frank Zappa.

From the days of Sandy Denny pre Fairport and Sonja Kristina pre Curved Air, the band have enjoyed the finest of soloists in their ranks from Rick Wakeman followed by his son Oliver moving on to join Yes as well as Adam Wakeman joining Black Sabbath, Blue Weaver to The Bee Gees and Don Airey to Deep Purple.

The Acoustic Strawbs of the 21st century consist of the founder, constant guiding force, originator and lead vocalist Dave Cousins, described by Rolling Stone Magazine as the best Dylan influenced songwriter to come out of the UK. Alongside him longtime band members lead guitarist Dave Lambert and the astonishingly versatile Chas Cronk, who together formed the front line of the classic 1970s Strawbs.

‘The songwriting was phenomenal, and the way the trio embellished sublime melodies with supreme harmonies and incredible instrumentation made their performance unforgettable. In fact, I repeatedly thought “music just isn’t this good anymore.’
Philadelphia Examiner

‘Hearing the brilliant Strawbs was like a tutorial in UK folk music from the past 40 years.’
Edmonton Sun

‘Never to rest on their laurels, this excellent band continue to produce classic tracks and spectacular live performances.’
Q Magazine

‘Dave Cousins shows himself as a brilliant and original songwriter.’
Classic Rock

The Strawbs
50th Anniversary Acoustic Concert
The Crescent, York
Wednesday 9th October, 7.30pm
Tickets are £17 in advance (more on the door) and are available from Earworm Records, the venue in person or online via See Tickets.