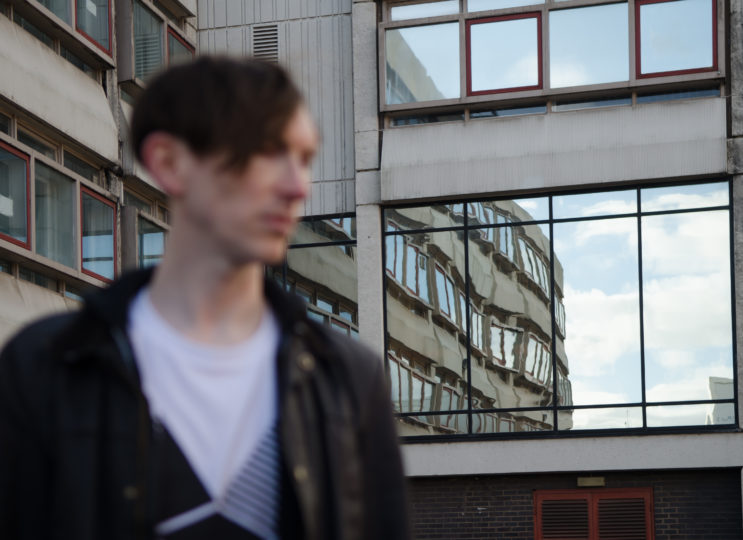 Joe Oxley is the one-man electro / psych machine behind TVAM – producing arguably the biggest dance-floor action Wigan has seen since the legendary Casino closed its doors in the 1970’s . As 6Music’s Lauren Laverne observed “It’s like someone took Spiritualized to the club!!”

Heralding the arrival of a singular talent the self-produced and home-recorded debut album ‘Psychic Data’ contains ‘These Are Not Your Memories’ and ‘Narcissus’ (both of which enjoyed playlist support at BBC 6Music) alongside ‘Porsche Majeure’ , ‘Gas & Air’ and the title track.

Mix duties were handed to Dean Honer (Moonlandingz, I Monster, Add (N) To X) – Oxley offers “It was great working with Dean. I’m a massive Add N To (X) fan and, after hearing what he was doing with Moonlandingz, I knew he’d know where I was coming from. Though having seen his collection of synths I now need to raise my game!”

Crafting a world which touches on our memories but toys with our fears, a world in which information seeps under your door and pools by your feet, a world in which he seeks to define everything from abandoned meanings to subconscious desires, Psychic Data invites us to experience the psychodrama first hand.

TVAM gigs blur the boundary between art and performance; via a large television sits on an 80’s secondary school-style podium, a VHS video recorder projects long-forgotten Mondo movies alongside vintage footage often sourced from hours spent poring through charity shop shelves – “What started as a passing interest became an obsession. I found so many seemingly random videos, each with its own individual meaning, now estranged from their owners. Did these people ever take up calisthenics? Did they install a model railway in their spare bedroom? Did they learn to communicate more effectively with their teenage children? Did they find something in those high-speed rally crash videos unseen by us today..? I love the process of chopping things up and splicing back together; creating new meaning out of thin air. Combining this with the music I was making, I knew the performance had to fit. Somewhere between Adam Curtis and BBC Schools… somewhere between ‘Threads’ and ‘Words & Pictures’.”

TVAM has remixed Amber Arcades, The KVB, TOY, FEWS and Tunng (who are returning the favour, watch this space…)

‘It’s like someone took Spiritualized to the club!!’
Lauren Laverne , BBC 6Music

‘Hazy psychodramatic atmosphere that brings to mind proto-electro punks Suicide, the swaying noise of MBV, and the brooding nostalgia of Boards Of Canada. Quite simply this is a superb debut album’
Piccadilly Records (#5 Album Of The Year)