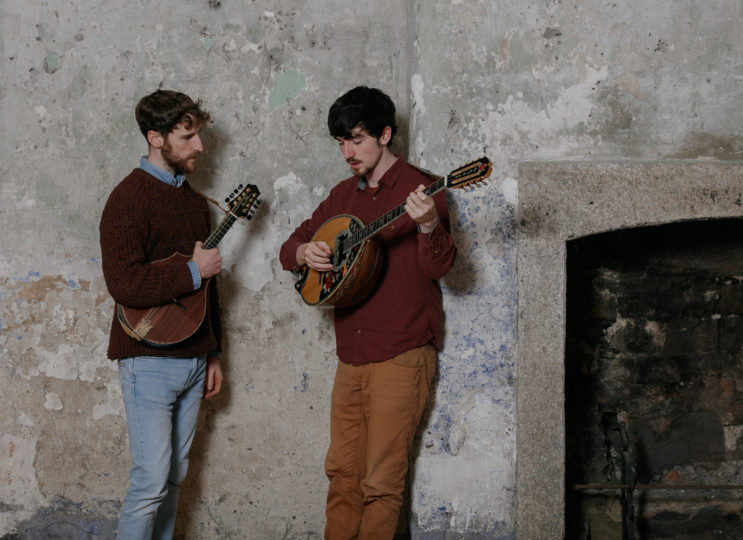 Please Please You & The Black Swan Folk Club presents
Ye Vagabonds
Sarah Dean
The Crescent, York
Monday 17th February, 7.30pm
Tickets are £12 in advance (more on the door) and are available from Earworm Records, the venue in person or online via See Tickets.

**Please note this is a fully seated show with seats allocated on a first come first served basis.**

In 2014 they came to the attention of Arbutus Yarns’ music filmmaker Myles O’Reilly, whose videos gained international attention for the brothers for the first time.

After a chance meeting at Electric Picnic in September 2015, the brothers performed onstage with Glen Hansard, who invited them to open for him on his European tour the following October.

Their debut EP Rose & Briar was released on October 7th 2015. Since then, they have been busy touring Ireland, the UK and Europe, opening for acts such as Villagers, Roy Harper and Lisa Hannigan (whose band they played in for her Irish tour, June 2016). They have played sold out headline shows in Ireland, France, Switzerland and the UK.

They have made numerous television and live radio appearances in Ireland, and were also part of ‘Imagining Home’, a live broadcast concert in the National Concert Hall of Ireland, 2016, curated by Glen Hansard, Philip King and Gary Sheehan.

Their second album ‘The Hare’s Lament’ is scheduled for release on 22nd March 2019.

‘They remind me of my first days at ‘Les Cousins’ in Soho in 1965… Ye Vagabonds are a modern expression of a tradition that is truly robust and important to these islands.’
Roy Harper

Please Please You & The Black Swan Folk Club presents
Ye Vagabonds
Sarah Dean
The Crescent, York
Monday 17th February, 7.30pm
Tickets are £12 in advance (more on the door) and are available from Earworm Records, the venue in person or online via See Tickets.