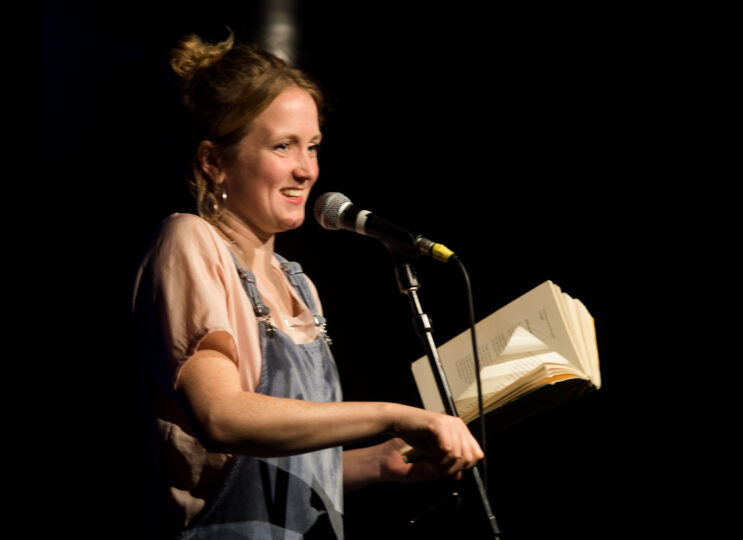 *THIS IS A SEATED SHOW WITH ALL SEATS UNRESERVED*

York’s gobbiest poetry night is excited to bring the wonderful Hollie McNish back to York and back to The Crescent. Hollie McNish has published three poetry collections Papers, Cherry Pie and Plum, and one poetic memoir on politics and parenthood, Nobody Told Me, of which the Scotsman suggested “The world needs this book” and for which she won the Ted Hughes Award. Hollie will be reading from her latest collection Slug.

From Finnish mermaids and soppy otters to Kellogg’s anti-masturbation pants, Slug is a book that holds a mirror up to the world, past, and present, through Hollie’s driving, funny and beautiful words. A blend of poetry, memoir, and short story, Slug is an absolutely joyful read about the human condition: from birth to death and her attempt to manage the tangle in-between. Copies will be available to buy at the gig.

Plus supports to be confirmed.

It's our 6th Birthday in two weeks time! So we're

We're delighted to be welcoming back to York Elsa

Unfortunatly @thehaggishorns have come down with t

Our resident comedy night @burningduckcomedyclub i

We're really excited that @ayannawj is going to be

This Sunday! We're chuffed to be teaming up with T

Next Tuesday we're off to @thefulfordarms with DIY

One of our favourite nights of any year! @gary_ste

Have you tried our @pieminister pies yet? Ask at t

We have a great Bank Holiday weekend in store for

We're chuffed to welcome @rachelcroftmusic and her

Irie Vibes is BACK with a bang after 18 months wit