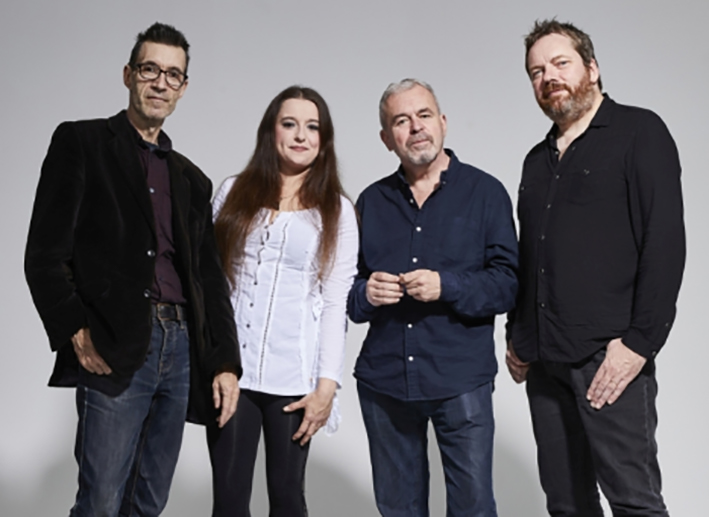 **PLEASE NOTE THIS IS A STANDING SHOW**

The man who once told us he loved us from the bottom of his pencil case, founder Beautiful South member Dave Hemingway returns with his new band SUNBIRDS announcing gigs for 2022.

Having retired from the live scene at the back end of 2016, Dave has been keeping busy together with erstwhile South colleague, guitarist/songwriter Phil Barton, new discovery singer/violinist Laura Wilcockson and drummer Marc Parnell.

‘Cool To Be Kind’ was released in November 2020, on the independent label Nectar Records signalling the arrival of Sunbirds with new songs and a new sound.

Although born and bred in England, the band’s sound predominantly features the instrumentation of traditional American roots music combined with the occasional outburst of guitar heavy melody more associated with Seattle in the late 80’s/early 90’s.

However, you can only sing about what you know.

“Although a lot of the songs have an Americana feel” says Dave “they’re still about life in England. You’re going to feel a bit daft singing about pick-up trucks and low down honky-tonks when you live in Yorkshire.”

‘Cool To Be Kind’ is the result of a few transitional years in Dave and Phil’s individual personal worlds. It tells tales that cover contemporary themes as well as age-old matters of the heart and soul – all viewed through the bottom of a recently drained pint glass.

“Now we’re Sunbirds we’re free to dig a little deeper into ourselves”, says Phil “having said that, there’s no exact science here, we’re just enjoying ourselves and expressing whatever we want whether it’s about love, longing, depression or Gary Lineker’s crisp adverts”.

‘A highpoint of it’s rootier ilk’
We Are Cult

‘An album with warmth to spare’
MOJO Magazine