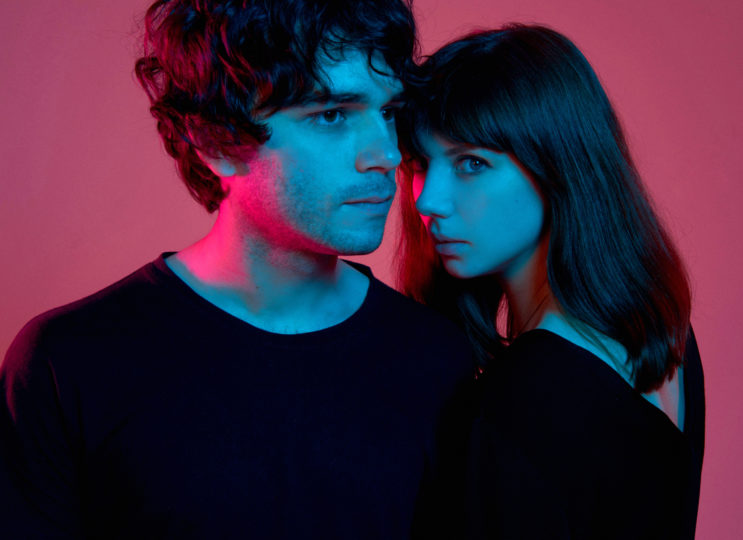 Dirty Heads Ruin Fidelity & Please Please You presents
The KVB
Sunday 28th October, 7.30pm
Tickets are £8 in advance (more on the door) and available from the venue in person, from our friends at Earworm Records or online via See Tickets.

Originally starting in 2010 as the solo recording project of then Southampton-based musician Nicholas Wood, The KVB released a number of demo’s online and limited edition cassettes, before gaining the attention of legendary Techno label Downwards for the release of their debut EP ‘Into The Night’ in June 2011.

Nicholas was joined by Kat Day on Synthesizers and Visuals in late 2011, whilst she was studying Fine Art at Goldsmiths in London, and debuted the new audiovisual project in London in December that year. Their first full-length album, Always Then, was released in February 2012 on Clan Destine Records.

Two more albums, ‘Immaterial Visions’ and ‘Minus One’ were released in the next year. ‘Immaterial Visions’ was released on New York based label Cititrax, sub-label of cult electronic label Minimal Wave and ‘Minus One’, on Brian Jonestown Massacre mastermind Anton Newcombe’s label A Records. To coincide with the A Records release, The KVB supported The Brian Jonestown Massacre on their tour of Australia that year. 2013 also saw The KVB support Loop on their UK reunion tour and play at the Loop-curated ATP Festival at Camber Sands.

The duo recorded their next release, 2014’s EP Out Of Body at the Berlin studio of Anton Newcombe. Joe Dilworth, formerly of Stereolab, contributed live drums on this EP..

In 2015 the band signed to Geoff Barrow of Portishead’s label, Invada Records, for the release of experimental, instrumental album ‘Mirror Being’. That year, The KVB performed at the Primavera Sound festivals in Barcelona & Porto as well as extensive European tours in support of the new album.

The duo recorded their next album, 2016’s ‘Of Desire’ at Geoff Barrow’s studio in Bristol. In support of the album, The KVB embarked on headline tours of Europe, a debut tour of Asia and performed at a festival in South Africa, as well as supporting Fat White Family at Brixton Academy and Ride for two sold out shows in Brighton.

In 2017 they performed in Latin America for the first time, in addition to regular shows/festivals in Europe such as Levitation Festival, Liverpool International Festival of Psychedelia and more. They released the EP ‘Fixation / White Walls’, which included remixes of the song White as well as brand new material, supported by tours in Europe and the UK. 2017 also marked the five-year anniversary of their debut album ‘Always Then’. As the original was long out of print, it was re-mastered and re-pressed by Invada Records as a special anniversary edition. The new release also included a bonus EP ‘Always Then Revisited’, which considered new reworks/recordings of four of the tracks from the original album as well as new cover artwork by the band themselves.

Dirty Heads Ruin Fidelity & Please Please You presents
The KVB
The Crescent, York
Sunday 28th October, 7.30pm
Tickets are £8 in advance (more on the door) and available from the venue in person, from our friends at Earworm Records or online via See Tickets.