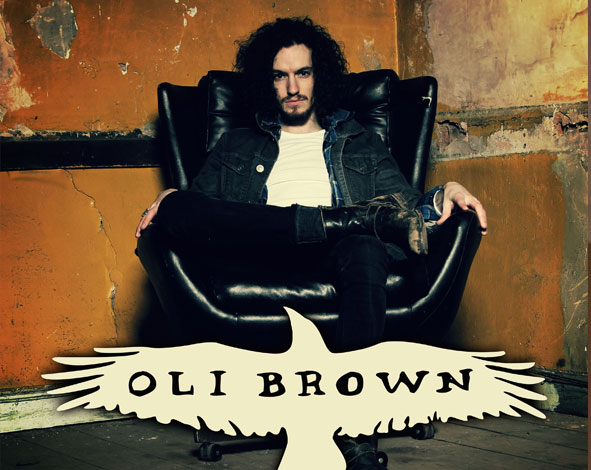 The Oli Brown Band
Thursday 9th January, 7.30pm
Tickets are £13 in advance (more on the door) and are available from Earworm Records, the venue in person or online via See Tickets.

Late 2002 saw Oli pick up a guitar for the first time. Two and a half years later at age of 15 he was invited to America as the guest of American Blues band Blinddog Smokin’. This first trip saw Oli on the same stage as Buddy Guy and Taj Mahal.

In 2008 Oli was signed to the German Blues label, Ruf Records. Thomas Ruf flew into the UK to see Oli perform and signed him on the spot!

Oli’s debut album, OPEN ROAD, was recorded and released in 2008 and received great reviews across the UK and Europe. It was voted the No. 2 Blues album of 2008 by readers of Blues Matters! magazine and it still rides high in the Blues Charts.

A further three Blues albums were released by Oli on Ruf Records and he went on tour with people such as John Mayall, Walter Trout, Robben Ford and saw him perform at numerous festivals, including Glastonbury, all of this was further expanded by numerous headline gigs in the UK, Europe and the States.

2014 saw Oli leave Ruf Records and pursue a different genre, Rock. He brings this genre to the fans by way of his hit band, RAVENEYE.

However, Oli has never lost the love of the Blues or his appreciation of the Blues fans that have supported him over the years, so he will always try to find a space for a select number of Blues gigs each year.

Don’t miss the opportunity to see this young singer, songwriter and stunning guitarist.

‘Brings a freshness and excitement to every performance’
Planet Rock Radio

‘Puts on a masterful show’
The Times

‘A real talent and should have a great career’
Joe Bonamassa

The Oli Brown Band
Thursday 9th January, 7.30pm
Tickets are £13 in advance (more on the door) and are available from Earworm Records, the venue in person or online via See Tickets.