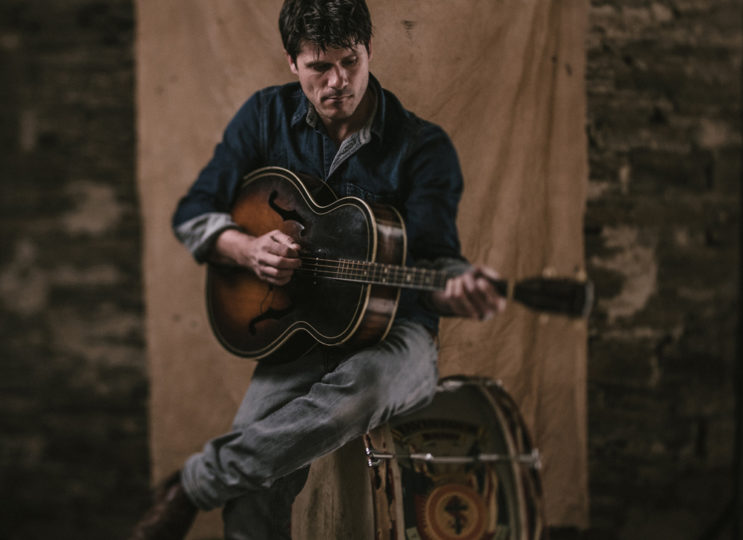 **TICKETS FOR THIS SHOW ARE NOW SOLD OUT!**

Charismatic singer-songwriter and multi-instrumentalist Seth Lakeman recorded and released acclaimed, ninth solo album The Well Worn Path on a short break from his whirlwind world tour with rock legend Robert Plant and the Sensational Space Shifters in 2018. Seth has been touring around the world for the last year with Robert Plant, playing as part of his band and also opening shows with his own set.

Seth returns in 2019 to touring and festival dates with some solows and with his brilliant new four-piece band featuring long-time collaborator Ben Nicholls (upright and electric bass), plus new boys Kit Hawes (electric and acoustic guitar) and Evan Jenkins (drums).

Since the Mercury Prize nominated “Kitty Jay” (recorded in his kitchen for £300), the follow-up gold selling “Freedom Fields” Seth Lakeman has relentlessly pushed his musical boundaries and those of folk and roots music. The Well Worn Path is a return to a no-nonsense, organic, classic folk-rock approach with hints of Fairport Convention, Neil Young, Nick Cave and Billy Bragg. Plus Lakeman’s trademark foot-stomping, fiddle bow-shredding and soaring vocals.

**TICKETS FOR THIS SHOW ARE NOW SOLD OUT!**