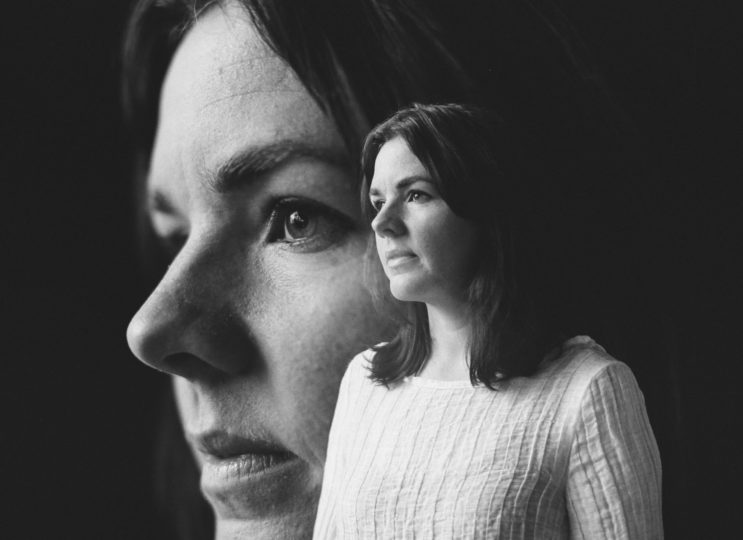 Please Please You presents
Tiny Ruins
FAWN
Monday 12th August, 7.30pm
Tickets are £10 in advance (more on the door) and available from the venue in person, from our friends at Earworm Records or online via See Tickets.

Fullbrook was born in Bristol, England, before moving to New Zealand with her family at the age of ten and settling in West Auckland. She learnt the cello from a young age, picking the guitar up and writing songs in her early teenage years. Asked to support Alasdair Roberts in Sydney, May 2010, she was signed to Australian indie label Spunk Records.

Tiny Ruins’ debut ‘Some Were Meant for Sea’ was released in 2011 and saw critical praise for its minimalist approach & lyrical flair. Recorded by Fullbrook and producer Greg ‘J’ Walker (Machine Translations) in a small hall in South Gippsland, the album was voted 2011’s Album of the Year by BBC World Service arts & culture programme ‘World of Music’ and was a finalist for New Zealand’s Taite Prize in 2012. Tours of New Zealand, Australia & Europe followed, with Fullbrook performing solo, and later as a duo with Cass Basil on upright bass, supporting The Handsome Family throughout the UK.

Joining forces with drummer Alex Freer, Tiny Ruins evolved into a three-piece, recording EP, ‘Haunts’, together in the Waipu bush, before working with Tom Healy at The Lab in Auckland on their second album, ‘Brightly Painted One’. Championed by the New York Times, NPR and David Lynch, it won Best Alternative Album at the New Zealand Music Awards in 2014, and saw a joint release by labels Bella Union, Spunk Records and Flying Nun.

Tiny Ruins have undertaken several international headlining tours, both in a solo capacity and as a band, opening for Calexico on their 2013 Australasian tour, Sharon Van Etten across the USA in 2014, and an eclectic array of opening slots, from Beach House, Joanna Newsom and Father John Misty to Neil Finn, Ryan Adams and Leon Bridges. Fullbrook has recently collaborated with filmmaker David Lynch on a single, ‘Dream Wave’, released on 7″ vinyl in 2016, and on EP ‘Hurtling Through with drummer Hamish Kilgour of The Clean.

In 2019 Olympic Girls was released, a record which according to The Wire is ‘Her most powerful album to date, both vivid and serene in its uncanny way of slowing the pace of time.’ It’s certainly a wonderful thing.

‘Part of the charm of Olympic Girls lies in the layers of mystery in each song. Inspired by literature, science, nature and human experience, these mysteries lie waiting to be carefully unfolded…’
God Is In the TV 9/10

‘An album confident in its vulnerability and luxuriating in a bigger sound.’
Loud & Quiet 8/10

‘… a deeper listen to these eleven tracks exposes a breadth of influences that spans decades. Her most powerful album to date, both vivid and serene in its uncanny way of slowing the pace of time.’
The Wire

‘She is always looking uneasily toward the next line, or moving toward mysticism. In sentimental contexts, she generates lines of wicked ambition.’
The New York Times

Please Please You presents
Tiny Ruins
FAWN
Monday 12th August, 7.30pm
Tickets are £10 in advance (more on the door) and available from the venue in person, from our friends at Earworm Records or online via See Tickets.