Violet Contours, The Serotones, The Feens + Joh Hendrickx – **SOLD OUT** 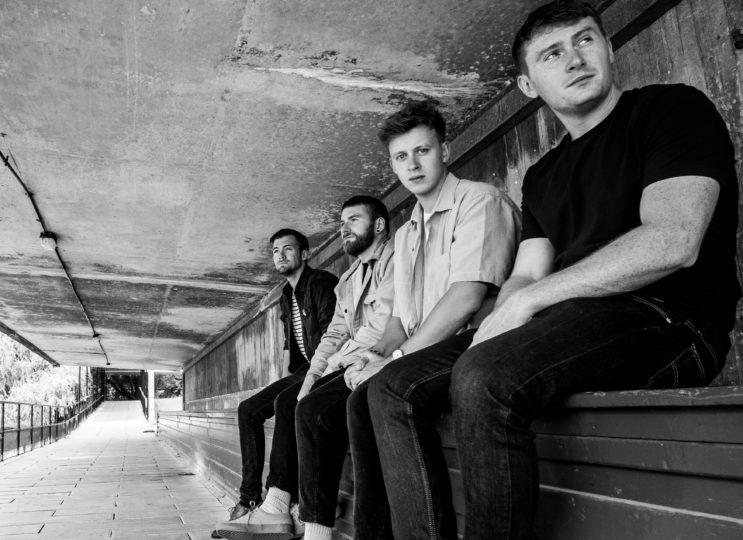 Following on from the amazing success of their label launch gig at Fibbers in May, Vinyl Eddie Records continue their support of young local talent by presenting a superb bill of some of the best bands around at the moment at the Crescent on Friday 18th October.

Supported by BBC introducing, Fred Perry sub-culture, Chalk-pit records and many more, Violet Contours have gone from strength to strength since their inception. Mixing high energy indie with an Afro-pop twist the York based four-piece have garnered a strong and growing following in their hometown and further afield. After spending some time recently in the studio working with an award winning team (Credits include : The 1975, Jake Bugg, The Gaslight Anthem, James, The View, Amber Run etc) – the Violet Contours are all set to release their most focussed and infectious material yet.

“Whenever festival season is calling, Violet Contours are the band I go to. If you love feel good, bouncy, danceable vibes as much as I do, you’ll love this band”
Kycker, Our Favourite Artists of 2018

“From dance floor fillers to more lighter-in-the-air stuff, Violet Contours have got every possible human feeling covered in their set.”
Get Into This

“Violet Contours’ set was fabulous high energy indie-rock with a soupçon of afro-pop.”
The Manchester Review

Hailing from York, indie newcomers, The Serotones, have quickly established themselves on the gig circuit across the north. The teenage outfit was formed by front man Duke Whitter and Sonny Leach: respective sons, of course, of Shed Seven indie stars Rick and Alan. With recently released music already being recognized by the likes of This Feeling And BBC introducing you can expect one hell of a set.

After a run of shows supporting the likes of Inhaler, SHEAFS, Glass Caves and Cleargreen, The Feens were tipped by This Feeling & Fred Perry Subculture as part of their #Bigin2019. Debut single ‘Freedom’ play-listed by Spotify on New Music Friday, All New Indie, The Indie List, Indie Highlights and Hot New Bands. As well as Annie Mac’s ‘Best New Music’. Forthcoming single ‘What Are You Dreaming?’ out August 16th, championed by Huw Stephens and Phil Taggart on BBC Radio 1 and by John Kennedy on Radio X.

Kenyan born singer songwriter with a voice that reflects all the wonderful women she has met before. Frequently found at open mic nights across York, Hendrickx has a knack for covering songs you’ve probably never heard of but will end up googling as soon as you get home.